Michael
Origin : Malaysia
Watchmaking class: Technician & Fullskill
Current mood: n/a
Renato & David
Origin: Zug, Zürich, Switzerland
Watchmaking class: Fullskill
Current mood: Designed the setting lever for one of my pocket watch movements on the profile projector. Will start making the holes on the jig borer soon and mill out a section for the spring action. Afterwards we'll have a pantograph intro. The shape will be done on the pantograph. Besides that, I had two winding stem practice exams. Very intense, these. Making a winding stem in 8h from A to Z requires quite some force and strategic planning. Interesting to see what can go wrong as well, so the real exam might be planned better. I never turned a piece so fast :) Renato
This week I worked on creating a new winding stem. Unfortunately after heat treatment I broke it. However  I got much further then last week. The reason being is that last week I did not follow the exact operarations, which this week I did. Better luck for me next week, when I will make a new one yet again. David
Francesco, Åsmund & Robert
Origin: Italy, Norway, USA
Watchmaking class: Fullskill
Current mood: Hello everybody, during this week I worked on my tools, especially on the balance wheel holder. I’ve made my own design, I took inspiration from an old compass, it looks like a scissor with a curved guide that locks the two legs in position.
First of all I glued together two brass plates and I milled the round shape in the lathe with the help of the dividing head. Then I drilled five holes for the three feet and the curved guide.
In the middle of the week I started focusing on the curved guide. I used the rotating attachment in the Aciera F1 and I milled a section of circle. After that I started with the screws, Henrik taught me how to cut slots with the milling attachment in the Schaublin 70. Then for the other 4 screws I’ve made a special design but I’ve not finished them yet.
This project requires a lot of time, more than expected but I think that at the end the result will be nice.
See you next week,
Francesco.
Hello,
Nothing much to report this week. Last weekend I went to Robella de travers and tried the downhill slope. On the last run I fell and injured my thumb, so this week has been going a bit slow. I’ve been spending much time filing the balance wheel holder and sharpening my files so it will be good for internal corners.
Have a good weekend
-Å
Spent some time this week re-writing the milling directions for a flat brass tool. It's like writing G-code for machining, needing to compensate for the width a cutter makes, using reference points to act as "zero's", just a more in-depth, leave-less-to-interpretation method than last week. This re-write is going into a little pocket notebook, only a few steps/operations per page, when that page is finished, I'll turn to the next page...easier to keep track of where I am in the operation, less stress, less chance of doing a wrong turn of a handle. Time consuming to write up.
If it wasn't for the overlapping stripes...on the bottom...inside a recess...it would go a little quicker.
Had our first actual frost of fall this week, I'm trying to perpetuate the "Switzerland is cold" mantra. Please ignore the tropical (banana?) plants that stand sentinel at our train station at a little under 1,000 meters/3200 feet elevation.
Robert
STEP 1:  MACHINING CREATIVITY! (FRANCESCO) 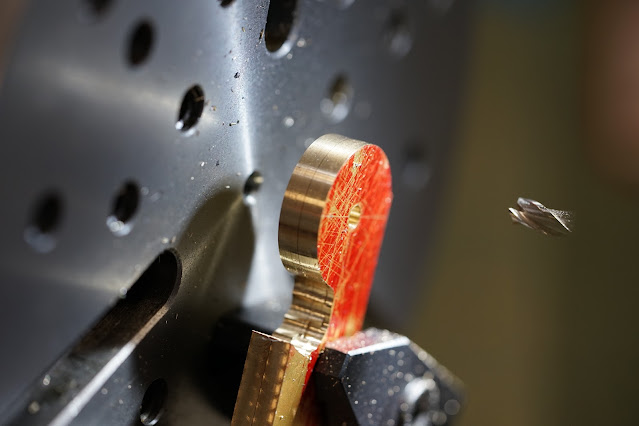 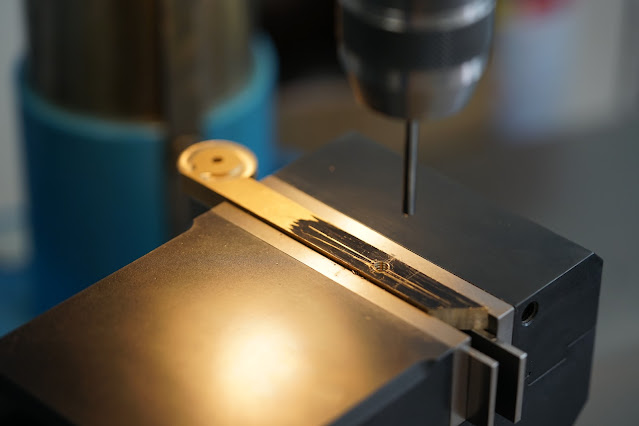 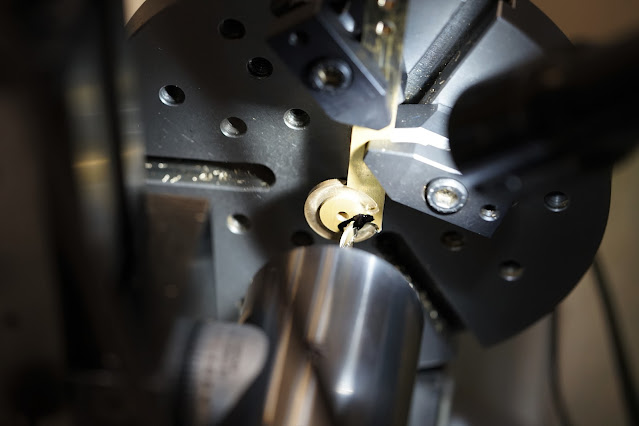 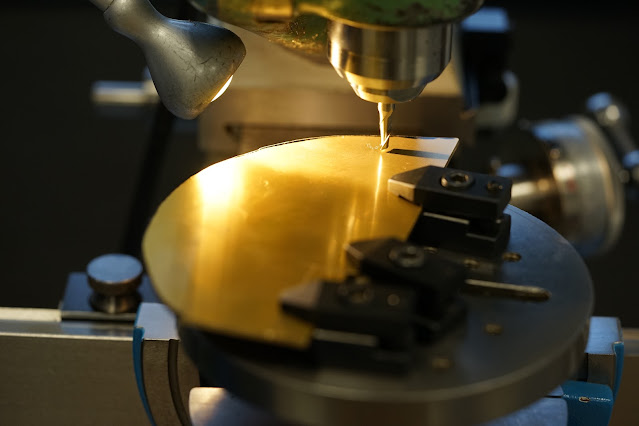 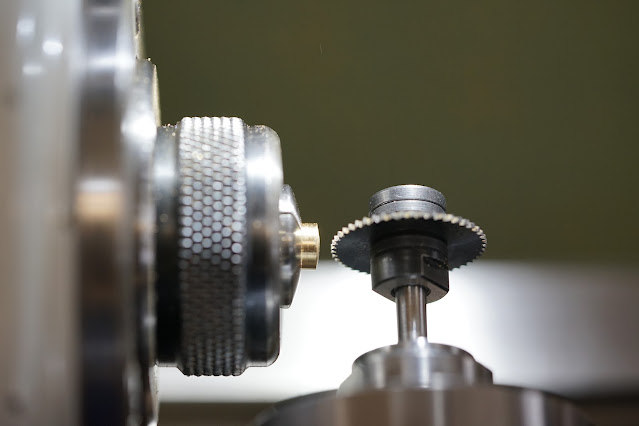 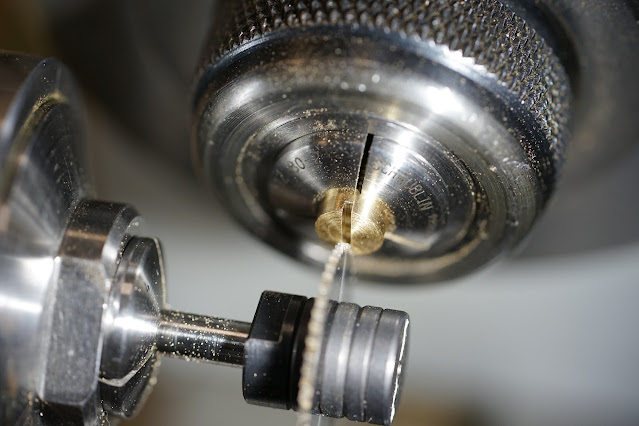 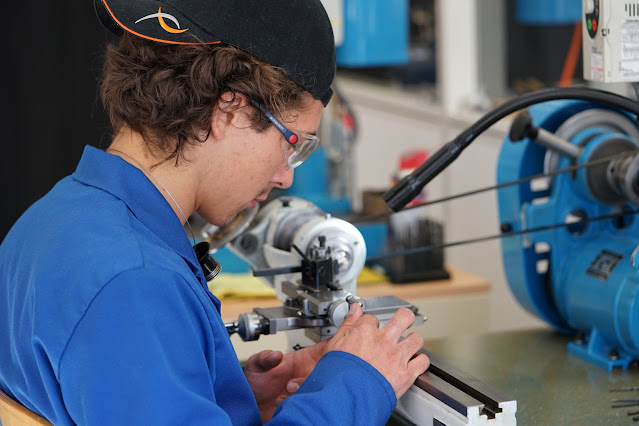 Francesco did a lot of creative work this week by using the manual milling machine, lathe, and milling machine in lathe! to create the individual parts of his balance wheel support compass style! 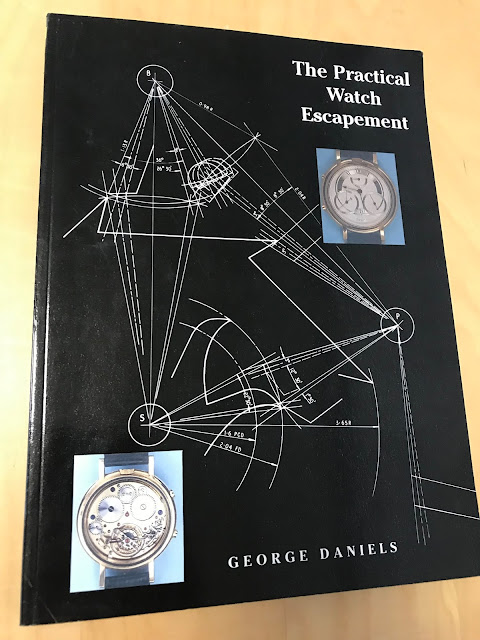 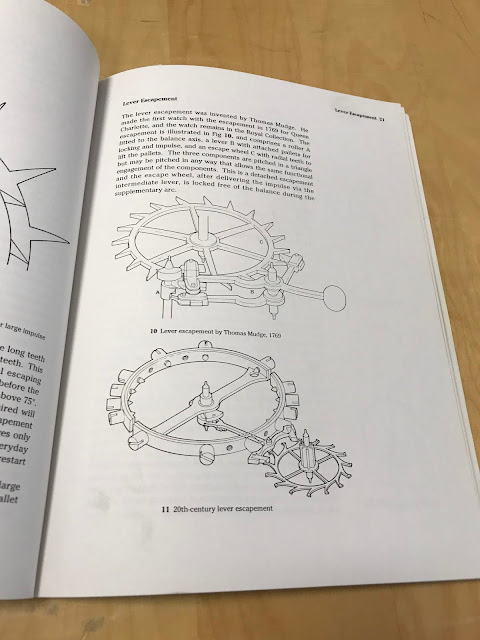 This is a great book if studying escapements! 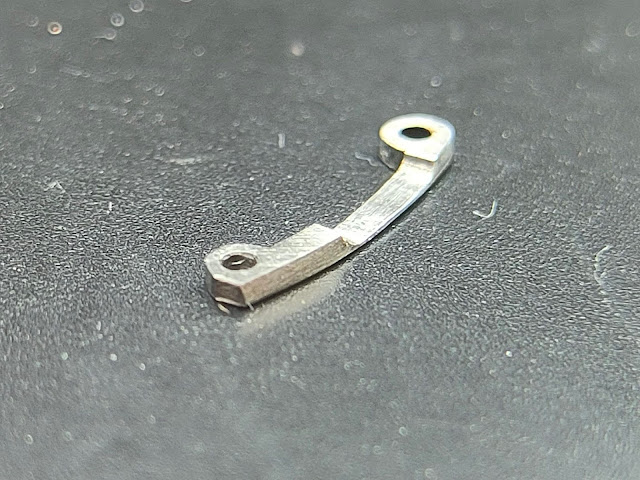 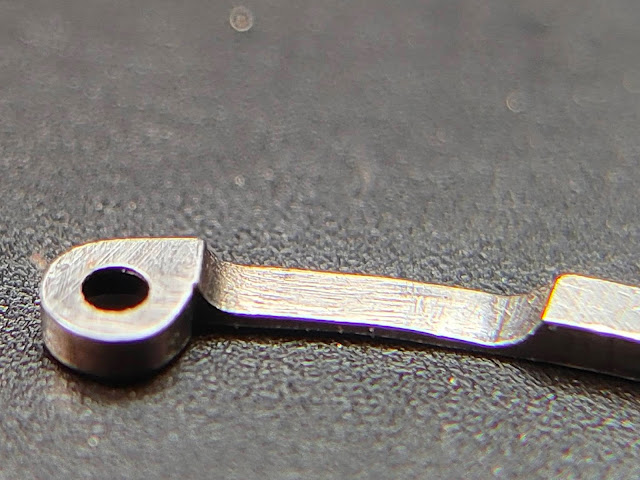 The spring section of the setting lever! 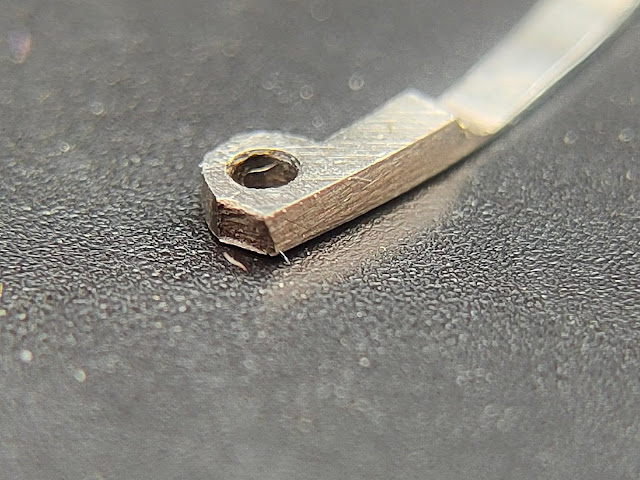 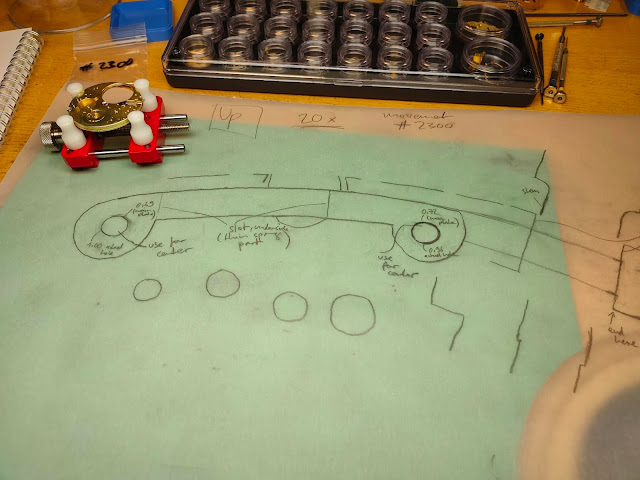 Using the old lever as a template to design a new one as we believed it is the original one. 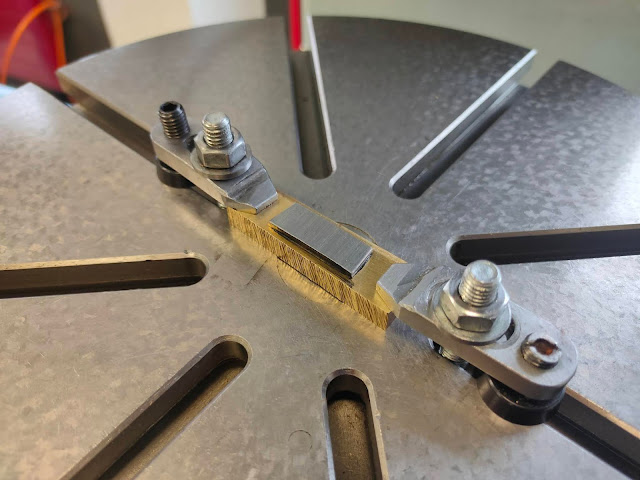 Stock material ready to be drilled, milled and finished into a new setting lever!

It was a very nice and calm week! Of course, thats how it usually is before it becomes extremely intensive which is most likely next week when the students have their finishing week and after that another intense one week finishing class! Michael continued and finished his final exam this Friday, hopefully it will all go well!  Renato decided to use the week mostly for trial winding stem exams and David continued practicing making complete winding stems, Francesco almost finished his compass style balance wheel support, which seemed to be rather a creative micromachining experience! Asmund continued with a lot of hand filing of his tools, for me it was a very serene week! Have a great weekend everyone!