What we strive to not become


This week went by pretty fast.  The students have been busy working on separate projects; Eddie continuing to work on his tools and also starting on the 8mm lathe today,  Simone working on his pivot gauges, Tomas completing his balance staffs, and Theren working on a side project.


To show the students what not to become, Henrik presented the students with an example of bad watchmaking.  It is a watch with two different screws, oil spills on the bridge, and multiple scratches all over the place, overall a horribly done job from the previous watchmaker.

Henrik got a gift from Jordan in AWCI, USA, this will be put on one of the school walls. It is a poster of all the calibres from the past of the Hamilton watch company, Impressive! And thank you Jordan! 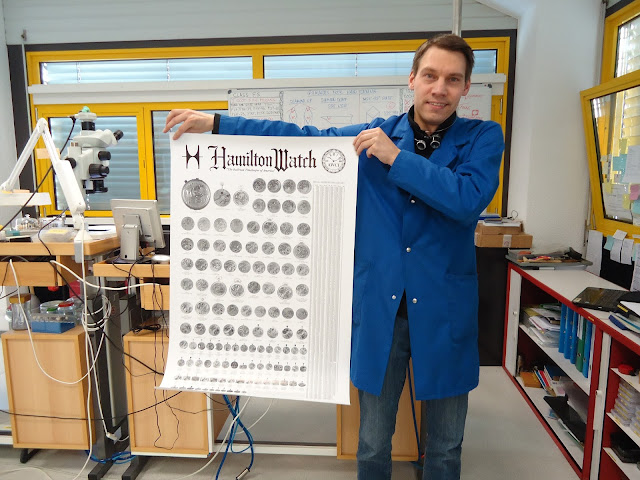 This week students learned how to make gears in Inventor thanks to Henrik`s brother Kai, who was kind enough to teach them how to draw.  It very useful to the students since they will be designing their own school watches in the 2nd year.

Henrik also gave a bonus lesson on another finishing technique used for making the sun-ray pattern last Sunday.  Using a special setup on the 70 lathe with the milling attachment they were able to produce perfectly centered sun-ray patterns.

What often happens in watchmaking is that watchmakers drop tiny components all the time.  Theren dropped his balance staff and everyone helped in looking for it.  With the team effort, Theren was able to retrieve his lost balance staff.

This past Saturday Henrik took the students to a flea market in Fribourg called the Retro Technica.  It was filled with cool machining tools, radios, vintage video games and many many watchmaking tools, including collets, drills, taps, lathes, and many other tools.  It is a great place to get bargain deals on used tools for watchmakers.

Last week Theren started on a stand for his 6 glorious winding stems and 13 pivot gauges.  The stand is an optional side project that the students can do to showcase their work.  Theren made the stand out of brass and made a spiral pattern for the pivot gauges.  It took him 3 days, but it is finally finished.

While the students were on holidays, Henrik was working hard teaching another specialized course on finishing in Kansas City, USA.  The course was held by the AWCI and had 15 of the best watchmakers selected by the association.  It was Henrik's first time in the United States of America, and he had a blast! 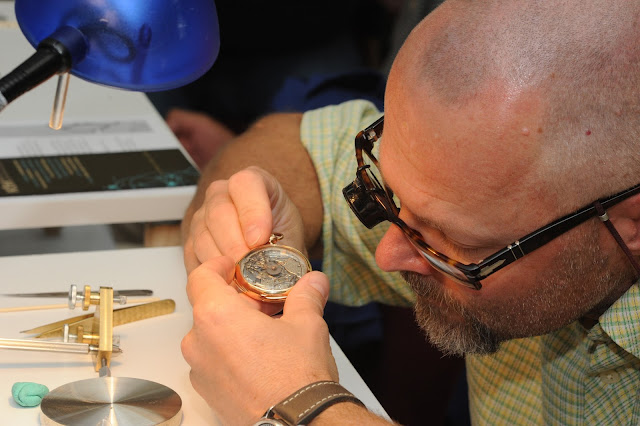 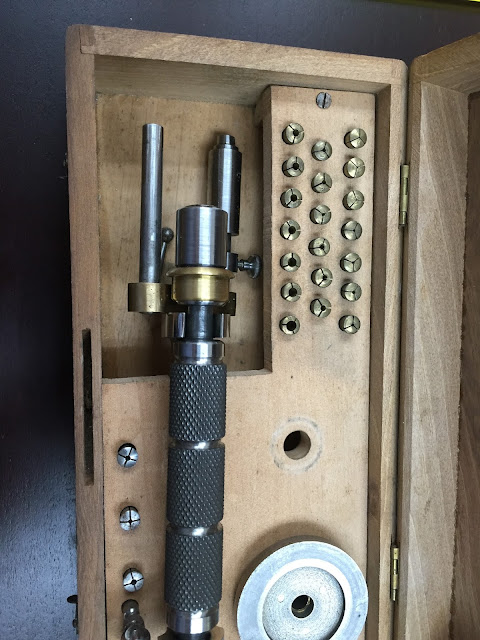 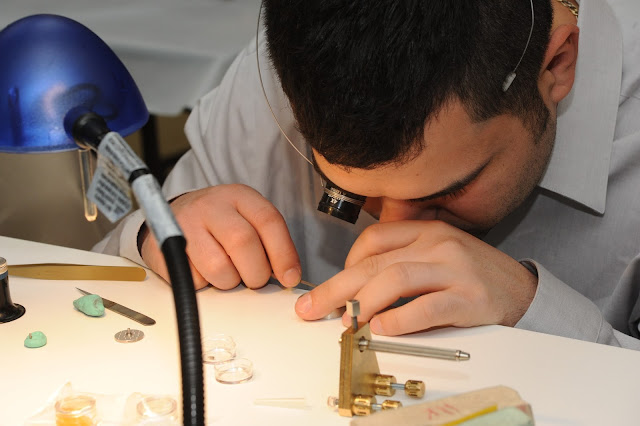 As school has once again started, the students are back to working hard.  Besides the unfinished work, Henrik applied the same curriculum for the students as he had in America.  They learned the classical way of flat polishing, straight graining, and frosting.


Because Theren broke a tap while working his displaying stand for the winding stems and pivot gauges, Henrik had a chance to teach the students how to cook out a broken drill or screw from non-ferrous metals. 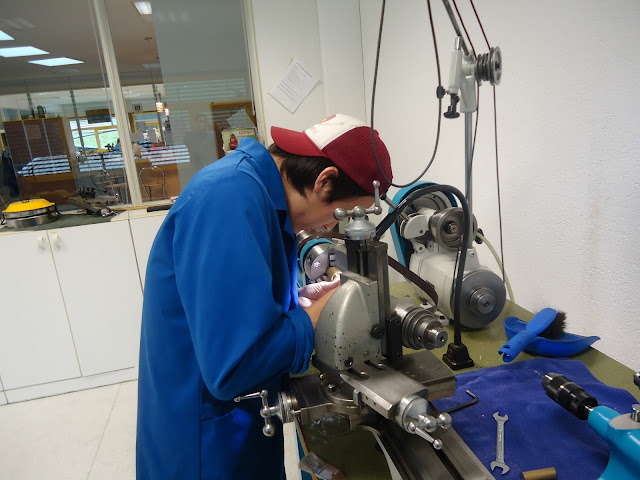 This week Eddie also finished learning all the machines, ending with the jigborer.