Michael
Origin : Malaysia
Watchmaking class: Technician & Fullskill
Current mood: It has been a busy week designing the movement. Nothing particularly interesting. Drawing in the Inventor and adjusting the dimensions relatively is really a time saver. Hope everyone will have a great weekend at home, since it will be snowing heavily. We will be going to Bern for some watchmaking shopping tomorrow!
Renato & David
Origin: Zug, Zürich, Switzerland
Watchmaking class: Fullskill
Current mood: Finished the screw for the Maltese cross dimension wise as well as the brass cross prototype. Then I did the steel Maltese cross with slightly adjusted measurements for better fitment. Came out really accurate, as it should, needing no real adjustment, except that i filed the slots for the finger piece a tiny bit wider. It's ready for finishing now after the heat treatment. Friday I started the work on the missing piece for the minute counter. It is a return to zero hammer for the center minute. Cool restauration on which I will use the pantograph. Renato
Francesco, Åsmund & Robert
Origin: Italy, Norway, USA
Watchmaking class: Fullskill
Current mood:
Hi everybody, this week I started a new project.
Me and my classmates bought a micrometer that I’m going to use for winding stems. The problem was that it didn’t have the right jaws so I designed them according to the teacher’s ones.
At the end I had to make six components: two  screws, two jaws, one tube that goes into the bottom hole and one bushing that goes into the upper jaw.
Now I’ve just finished the machining part and the heat-treatment and I’m starting with the finishing. Next week you'll see the result.
Have a good weekend,
Francesco.
Greetings to all,
This was a week spent deep in thought over the possibilities of machining for a tool. The week ended with the machining started...and the realization that (get pen and paper ready for the handy tip that is next) the tool should have been clamped​ in the vise at whatever angle was needed so as not to disturb the basic x, y, and z settings of the mill. As it is now, I can't accomplish any quick changes in machining directions, as wanted, because a change in one angle affects another...woe is me.
Just because you can change the x, y, or z settings to clamp a part straight, doesn't mean you should...you'll have to re-zero the axes when done...versus taking the part out of the clamp and being done. Lesson learned.
As a note on local Swiss weather, now that Friday is over, it's time to dig a tunnel through all the snow we got today so I can get home to the apartment. Everybody stay warm, dry, and well-fed!
Robert
Hello,
Exhausting week, mostly been working on my tools trying to finish them up before the vacation so I can get to doing the winding stem as fast as possible after Christmas. Other than that, I’m trying to make a cube within a cube which will be a screw head for the polishing 3pod. Very interesting project and I’m almost done now, will take some photos and share with you next Friday, stay tuned!
Also trying to make new jaws for the micrometer so it will be useful for measuring the winding stem, only one week left and so much to do🤯
Have a good weekend
-Å
STEP 1:  STOP WORK! (RENATO) 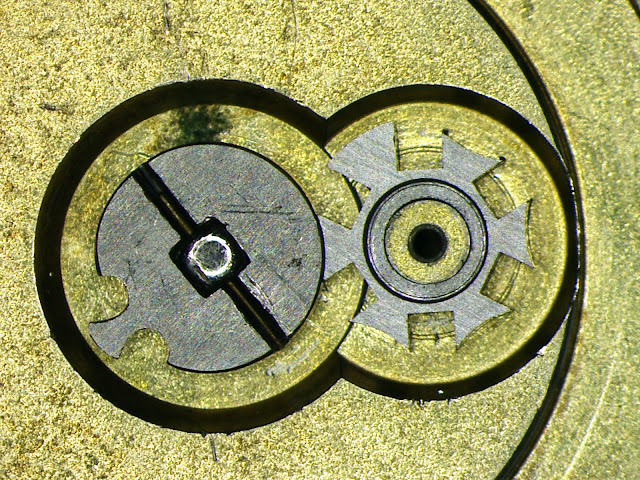 Renato completed his Maltese cross in steel for his stop work, it worked perfectly! Renato milling the slots of the Maltese cross! 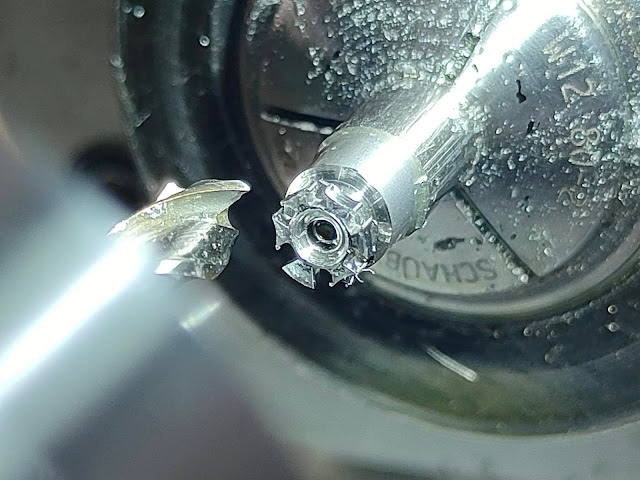 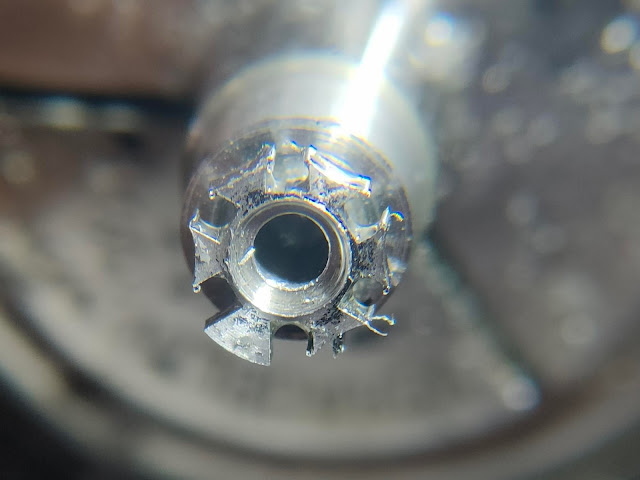 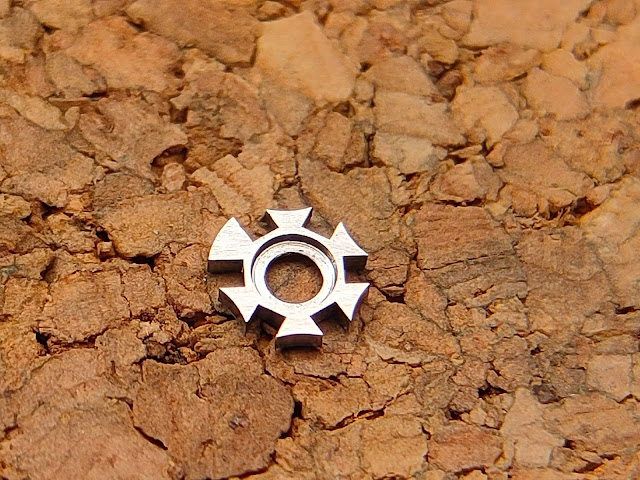 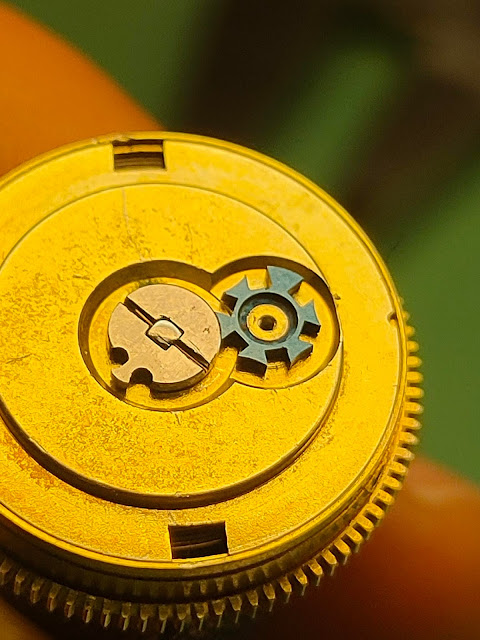 Next project for Renato will be to make a return to zero hammer for the central minute counting function as it was missing in his pocket watch chronograph! 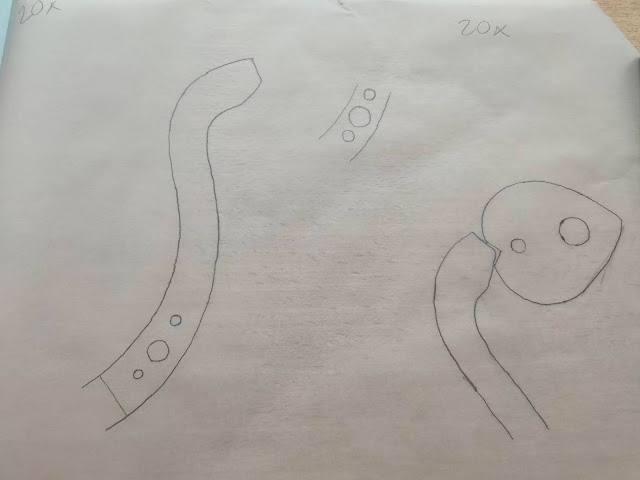 He will first make a brass prototype using the lower hammer as template and from that slowly adjust it for function. 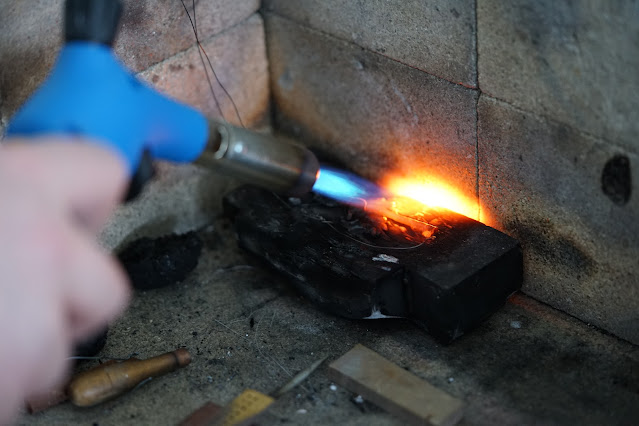 David continued practicing making winding stems, here he is heat treating one of them! 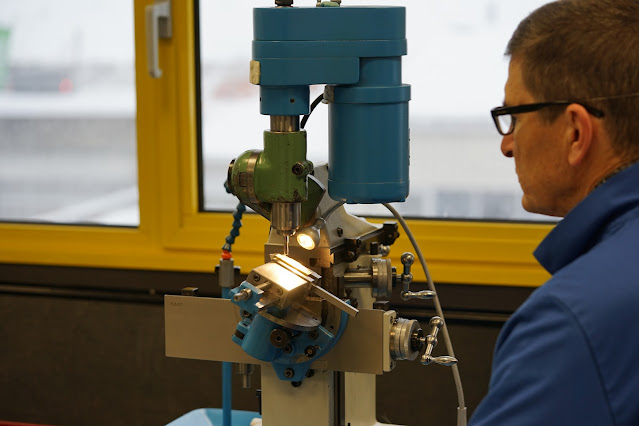 Robert was working on his pointed nose vice, here milling it in the Aciera F1! 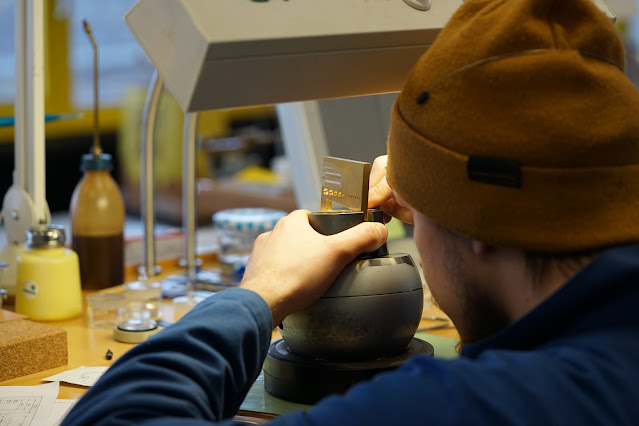 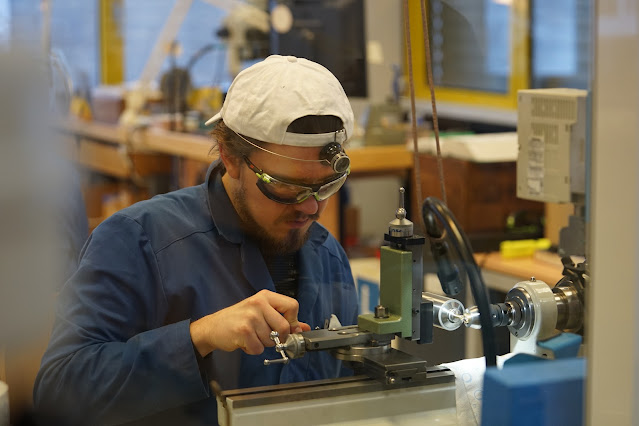 Asmund was busy finishing some of his tools and also practiced more snailing, here he is setting up the milling head on the cross slide of the lathe before starting the finishing! 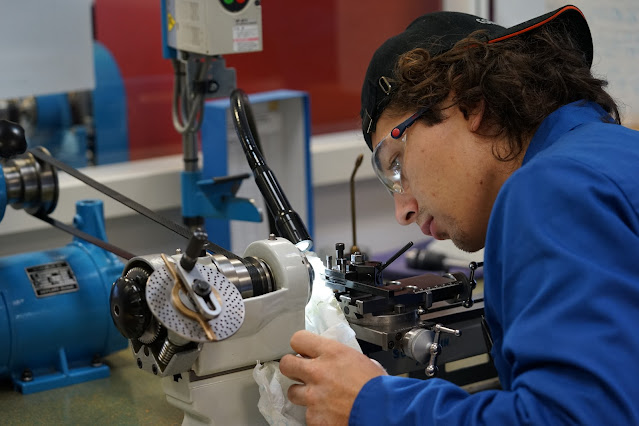 Francesco making new jaws for one of his micrometers! 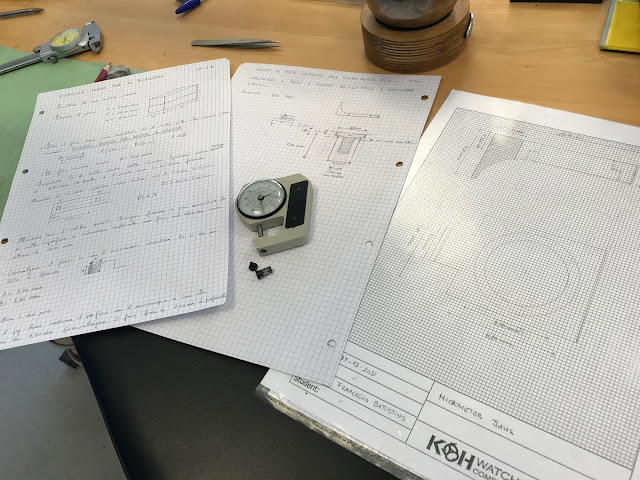 He made some instructions and drawings for his jaw making! 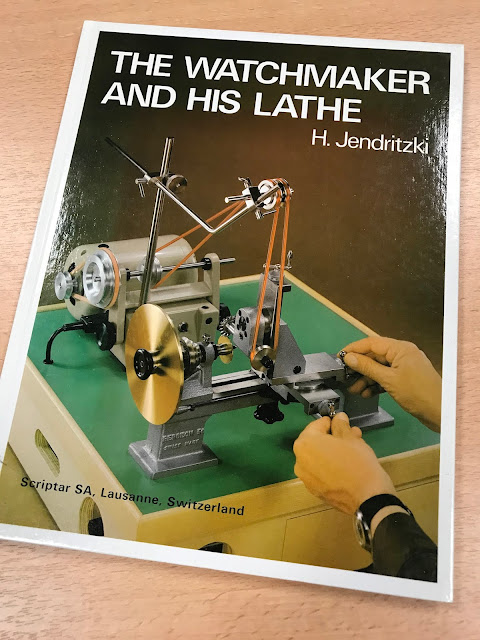 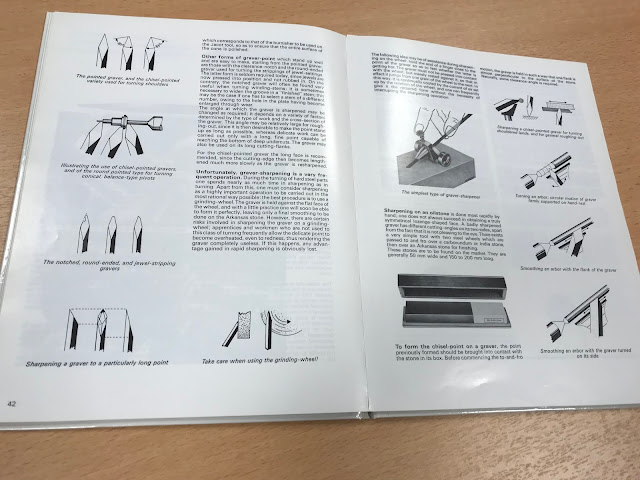 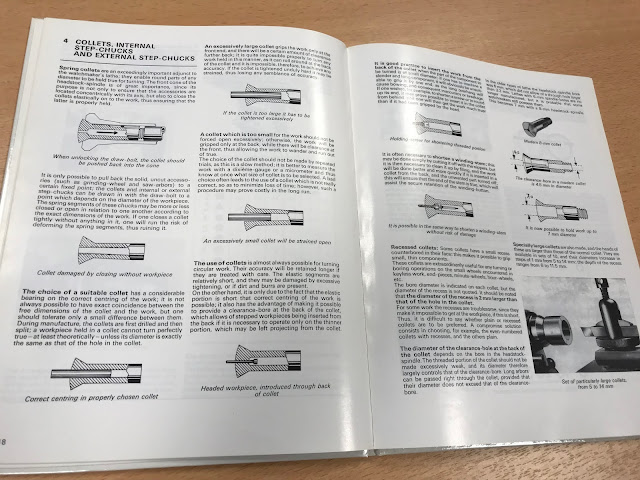 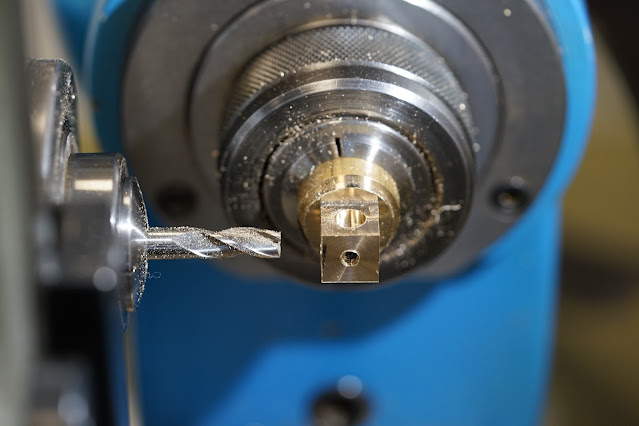 Asmund was also busy with milling a special shaped decorative screw for his tripod, will be interesting to see what shapes it will come out as!

We got massive amounts of more snow and forecasted even more in the next few days! Very busy workshops which is not surprising this close to Christmas, everyone wants to finish as much as possible before the holidays! As so many other previous weeks this one was also very diverse and interesting. Renato finalized his Maltese cross in steel and it worked perfectly! He will do the finish at a later stage in the course when he has manufactured some more watch parts, David continued practicing making winding stems and did two winding stem trial exams, Michael continued designing and drawing parts for his school watch project, Robert and Francesco continued with tools as well as making more suitable measuring jaws for a small micrometre they got. Asmund also tried some more ground snailing on his barrel including red gold plate it. Tomorrow we will go to Herrli in Bienne to get some more tools! Have a great weekend everyone!