Team A
Origin: Thailand & USA,
Name: A, Kate, David & Leilani
Watchmaking class: Technician
Current mood:
This week the technicians are back at their benches preparing for the hairspring and timing exam. The week has been full of ups and downs as we work through servicing movements for repair points and trial exams. We have all improved our skills through the trial exam process and a lot of progress has been made to complete the exam in a timely manner. Next week we will be finishing up the timing and hairspring unit and taking the real exam!
Have a great weekend.
-Lani
Team B
Origin: Japan/Switzerland & Canada
Name: Tetsu & Dean
Watchmaking class: Fullskill
Current mood:
This week, (27 June~01 July) Dean & Tetsu had a bit of exciting week after having finished all their mandatory tools. On top of working on some small projects, such as cleaning, refurbishing and restoring old tools they obtained in the last few months, they finally had an introduction of “8mm lathe”.
So before going into the lathe work, the first thing to do is preparation of the gravers for hand graving, that will be the basic skill for what we are going to do from now on.
About their other projects;
Dean was on a series of escapement meters, which seemed like 40-50 years old.
One was still in a good condition and he took apart, cleaned and reassembled. It is ready to go!
The other 2 were a bit more tricky. He decided to have one of them as a donor for the other and has been tackling with them.
Amazing job it is.
Tetsu was checking and light cleaning some measuring tools. He quickly made a small piece to have them easier to operate.
He also found a bit of time, making another version of pallet fork platform, which does not contain a spring but a block coming down & going up to hold & release a pallet fork. There would be small tweaks needed but it functions OK.
It was a less stressful week but a productive one and they are ready for a weekend.
It is amazing to realize that 6 months have already gone. We feel it like a few weeks.
Hope you all have a nice one, too.
Dean & Tetsu
Team C
Origin: Switzerland, Norway & USA
Name: Renato, David, Francesco, Åsmund & Robert
Watchmaking class: Fullskill
Current mood:
Finished the disassembly/cleaning/lubrication/reassembly of the winding/setting mechanism on the seven different movements we work on. Not very intuitively, how those industrial movements are constructed. Cost reduction is key there, it seems. After that, David and I had the barrel/mainspring maintenance introduction. Have to make a tool for that and start practicing next week. Also got some special parts to finish my custom design pallet fork holder. Looks pretty good and seems to work fine with its combined screw/pre-tension/push action. Looking forward to next week!
-Renato
Finished all winding stem assignments, these skills will come in handy later on for a couple of watches: a column-wheel Landeron 39 chronograph that is missing a winding stem, and a quarter-repeater chronograph that has, of all things, a lift-out winding stem. (Might be a sign of additional problems, could be interesting.)
Finished out the week by working on a jig to hold a project in a lathe for turning.
Looking forward to our shopping spree for tooling and parts at Herrli's in Biel tomorrow. The forecast for Biel is a warm, sunny 27°C/80°F, looking forward to it!
Robert
STEP 1: VISIT! (EVERYONE) 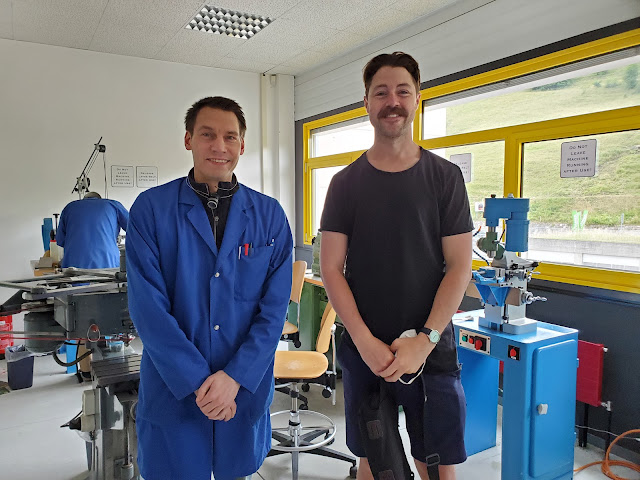 We had the luck of having Brad visit us as he was passing by, so great to see Brad again after so many years!! 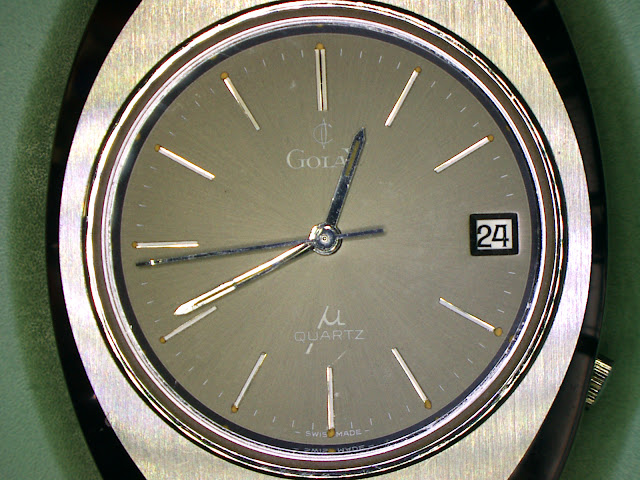 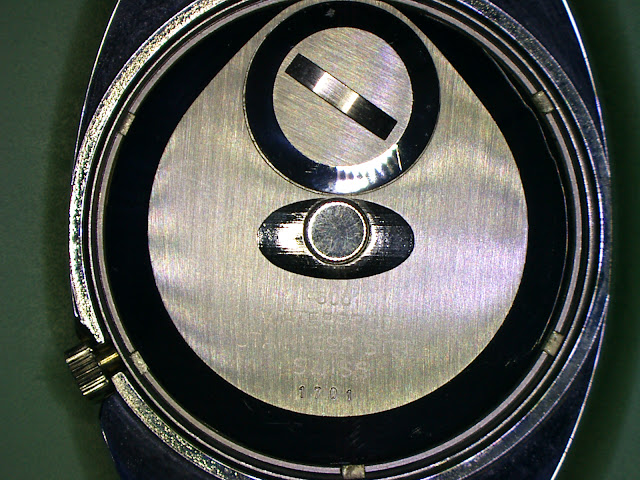 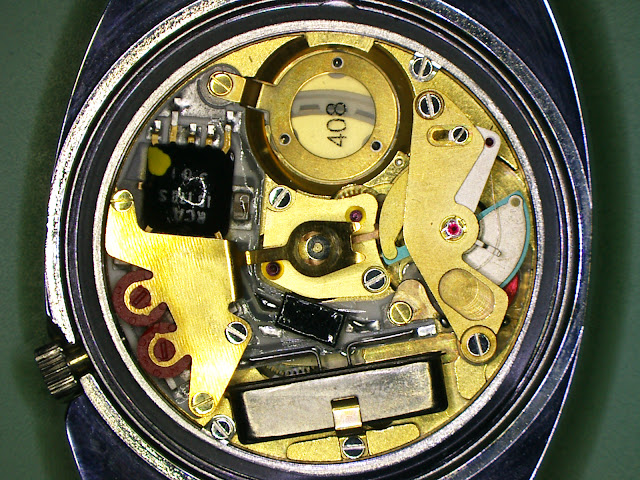 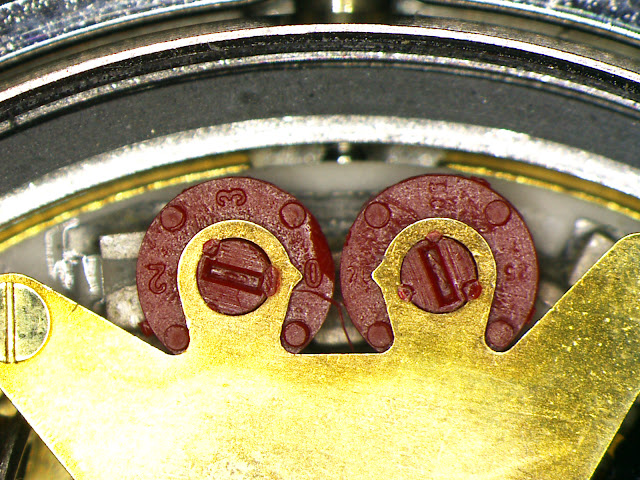 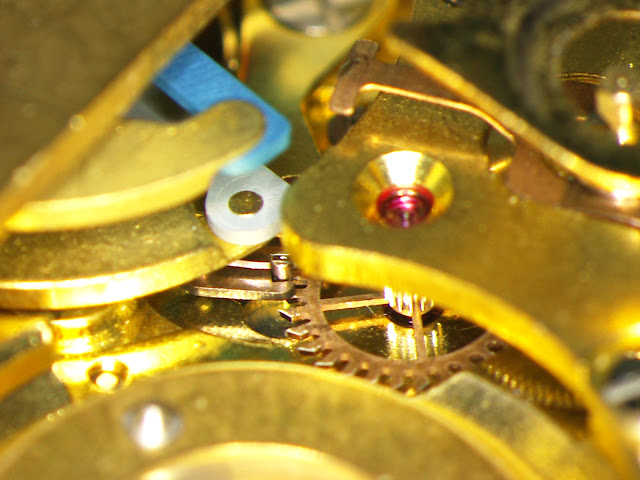 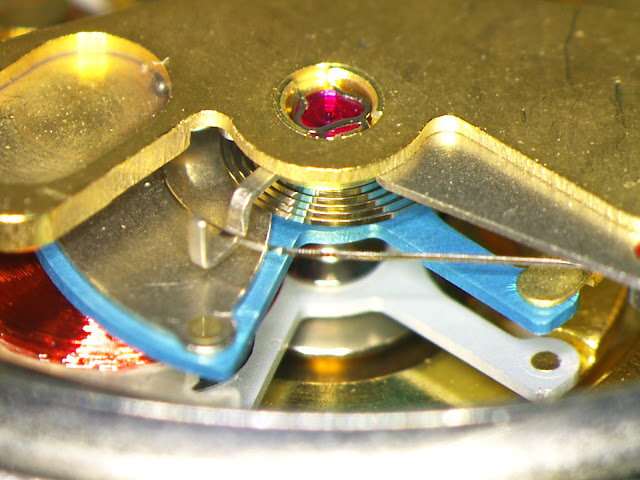 Also with balance and hairspring! 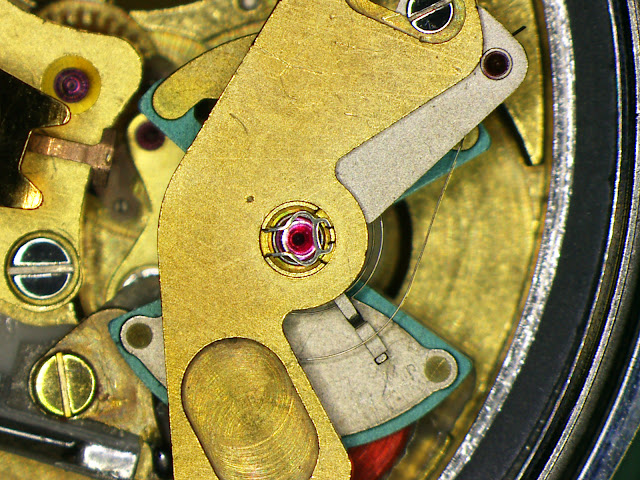 Thank you so much for the donation Renato! This will be used as a demonstrational historical model in the quartz course!
STEP 3: TOOLS! (ÅSMUND) 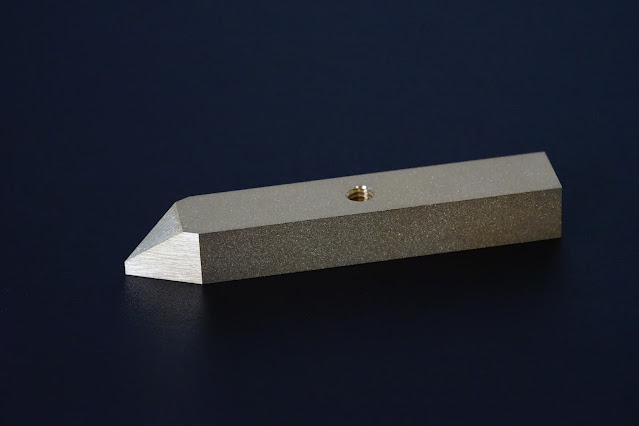 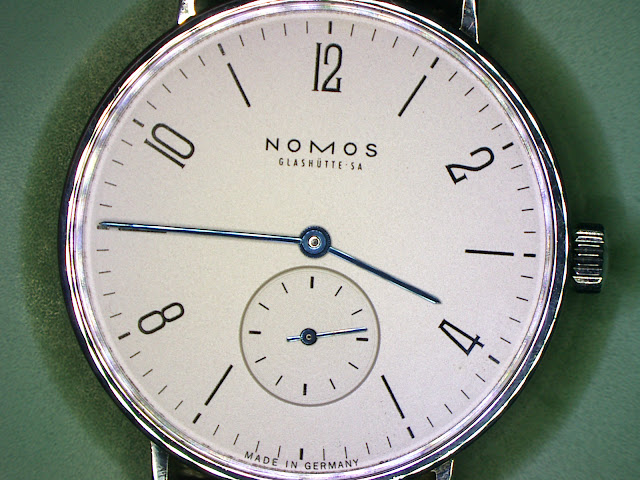 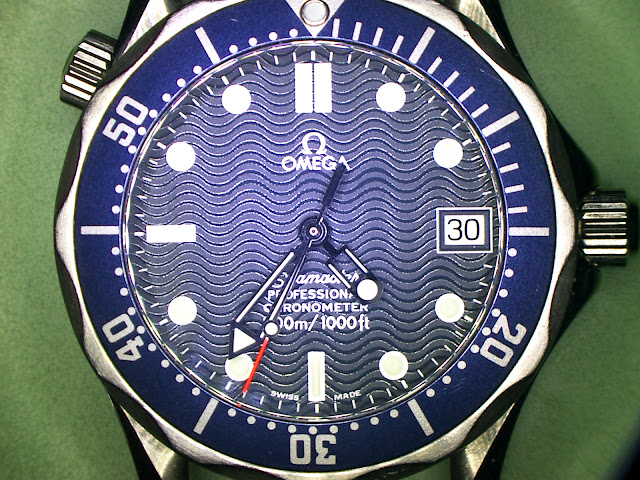 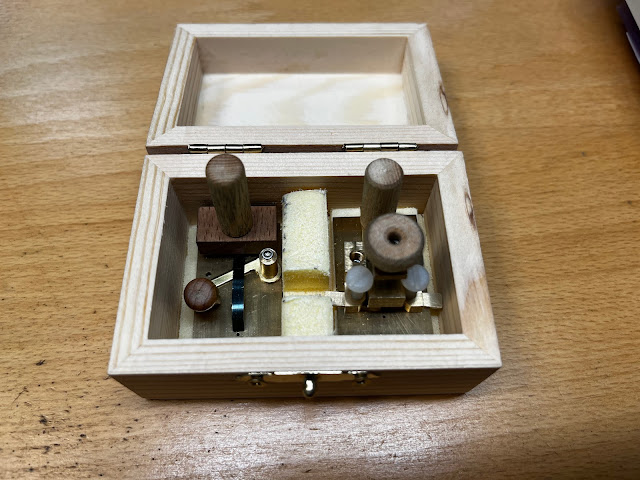 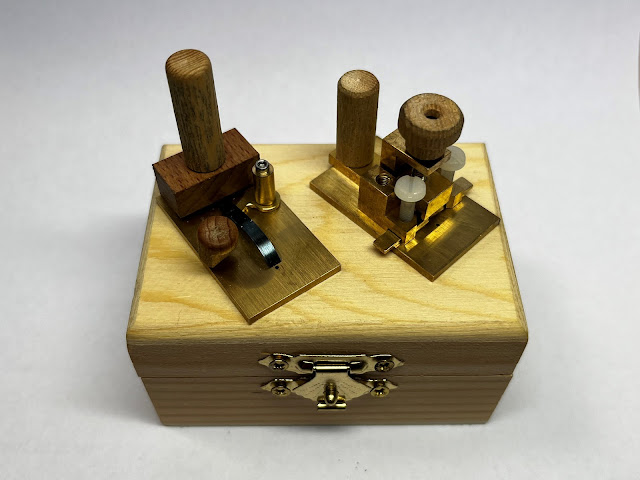 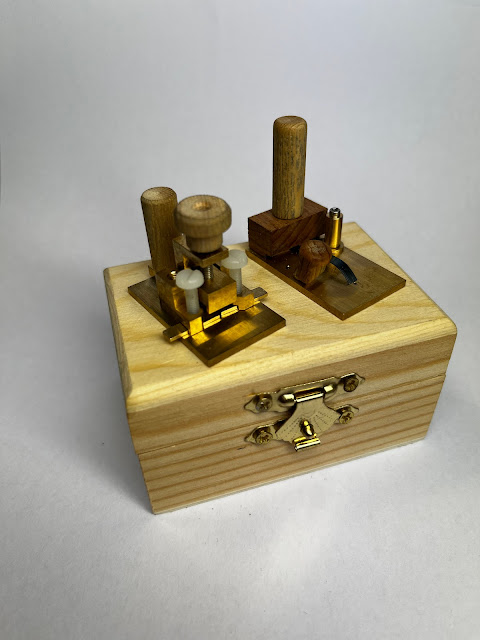 Tetsu decided to make another design of the pallet fork support tool, both looks really cool! 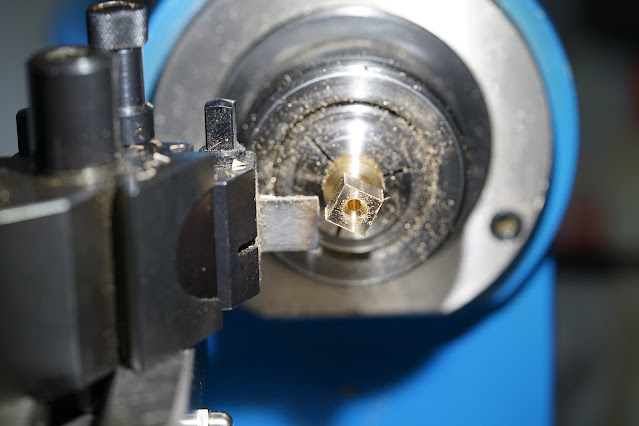 Renato machining a screw for his pallet fork support tool! 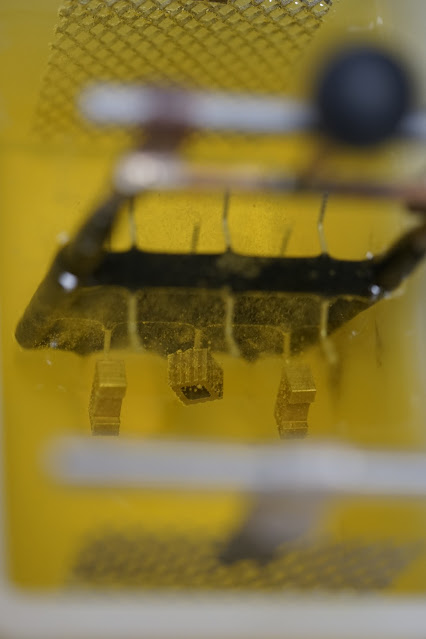 Rhodium plating some of the parts! 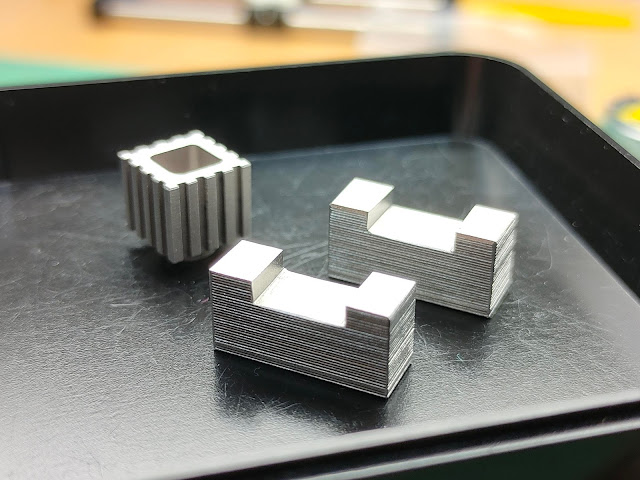 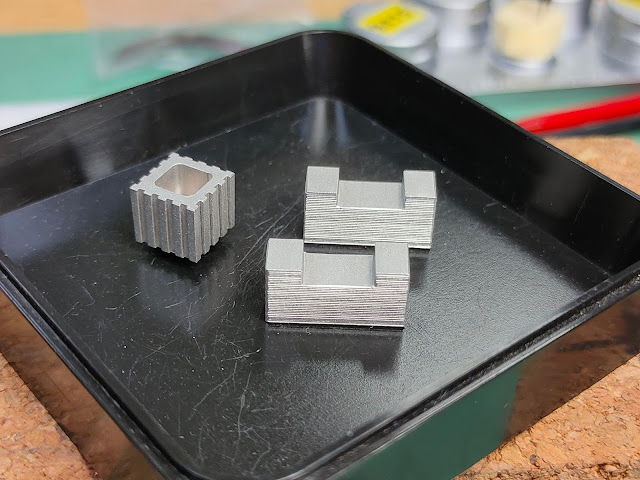 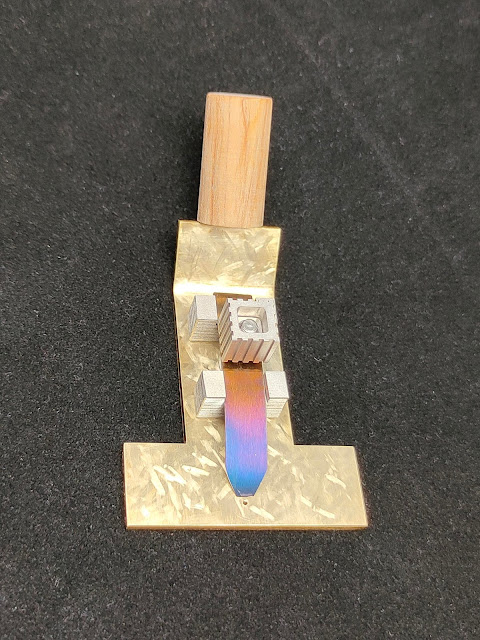 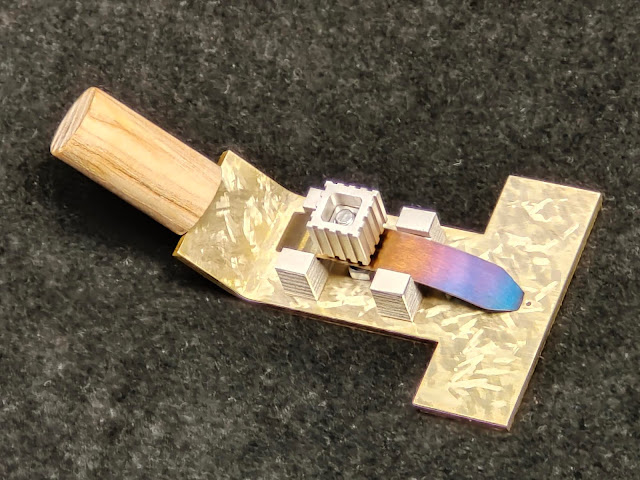 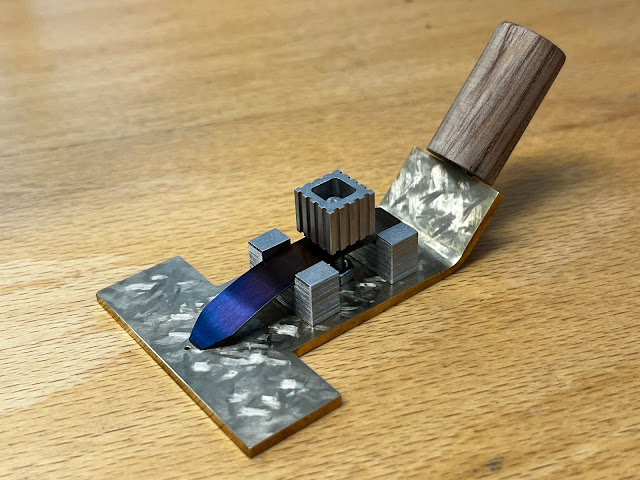 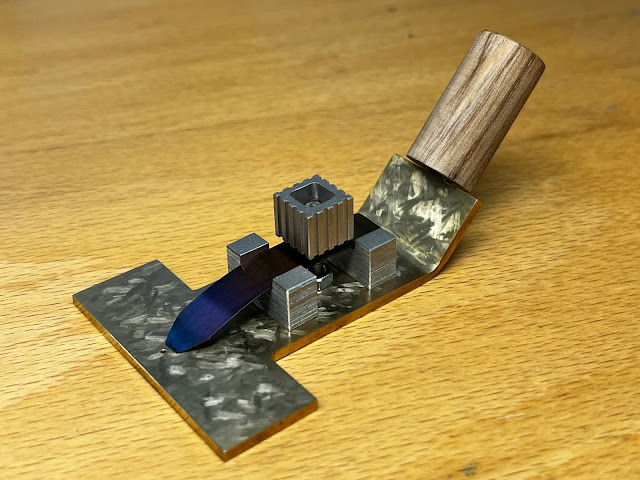 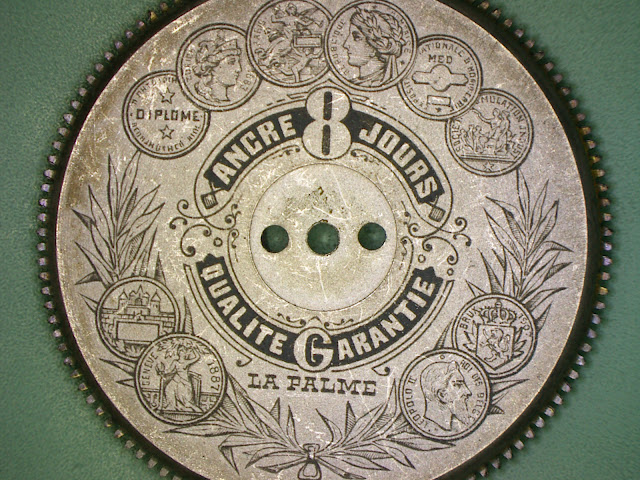 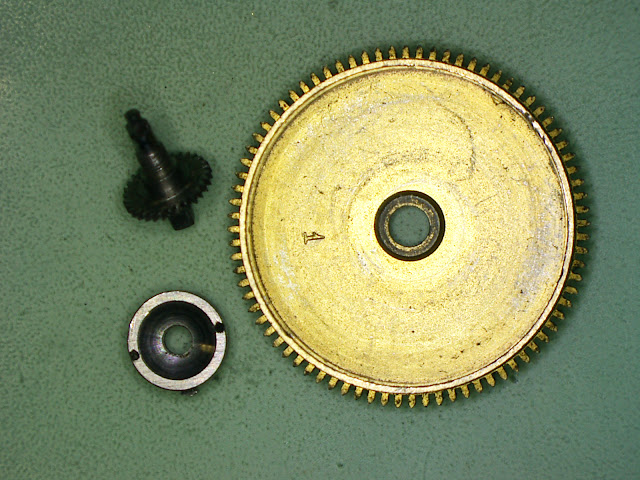 Renato and David got introduced to barrels and mainsprings of antique, vintage and modern watches! 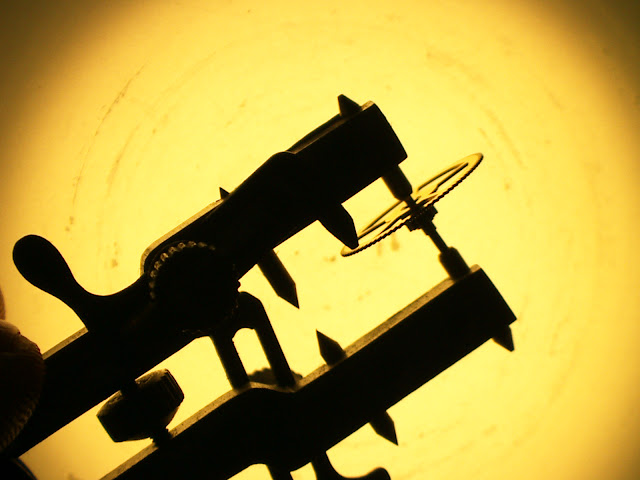 Renato and David also got introduced to truing wheels in the flat!

The temperature dropped down and we got hail and rain this week! We were very lucky to have Brad swing by the school, he was in the very first group of students who graduated, and now he got his own watch brand and is doing really well for himself and already even working on his second series which looks amazing!! here you can find some more information; https://www.bradleytaylor.ca/  and  https://monochrome-watches.com/introducing-canadian-independent-watchmaker-bradley-taylor-lutria-new-model-specs-price/   and his Instagram;   https://www.instagram.com/bradleytaylor.ca/?hl=en    This week was also another creative one, Renato and David got introduced to the barrel with mainspring and the gear train of the watch, the technicians continued with balance and hairspring work and had another two practice exams as next week will be the real one! Francesco and Asmund continued with pivot gauges It was a very busy but great week especially to see Brad after so many years! have a great weekend everyone!