Team A
Origin: Thailand & USA,
Name: A, Kate, David & Leilani
Watchmaking class: Technician
Current mood:
Hello ,The hairspring examination is coming soon, technicians are practicing to adjust the hairsprings after putting it on the main-plate. We have learnt how to place the regulating curve in the middle of the regulation pins. We also have to indicate where to bend hairspring to make it flat and center. It’s alway difficult at the beginning but we still hope that keeping on practicing will improve quality of our work.A Verachai
Team B
Origin: Japan/Switzerland & Canada
Name: Tetsu & Dean
Watchmaking class: Fullskill
Current mood:
This week, (30 May~03 June) Dean & Tetsu had a rather relaxing week after having been their tools graded. Now they were working on some small pieces, such as non graded tools and bolts & nuts to be fitted on the other creations.
Dean quickly finished two tools; Pallet Fork Platform, Barrel Closing Set & Graver Holder, then moved over to produce artistic bolts & pins going on his Pointed Head Nose Vise mainly on his favorite Schaublin 102.
In the meanwhile, Tetsu was gaining new experience by using a milling head & dividing head on the Schaublin 70 and made test/experimental pieces, which were all used for his tools later.
He then started planning his Pallet Fork Platform and started to cut the materials.
It was a less stressful week but an intensive one as usual and they are ready for a long weekend.
Hope you all have a nice one, too.
Dean & Tetsu
Team C
Origin: Switzerland, Norway & USA
Name: Renato, David, Francesco, Åsmund & Robert
Watchmaking class: Fullskill
Current mood:
Another milestone behind me, finished the last winding-stem exam! And my heat-treatment method left the stem straight, no need to straighten, one less step to do. Just need to make a few extra for personal keepsakes, not a timed exercise at this point, opens up the window for customizing...oh, yes!
Weather is supposed to be spectacular this weekend, perfect for a school trip to Herrli in Biel for a chance to purchase some parts/tools.
STEP 1: TOOLS! (FRANCESCO) 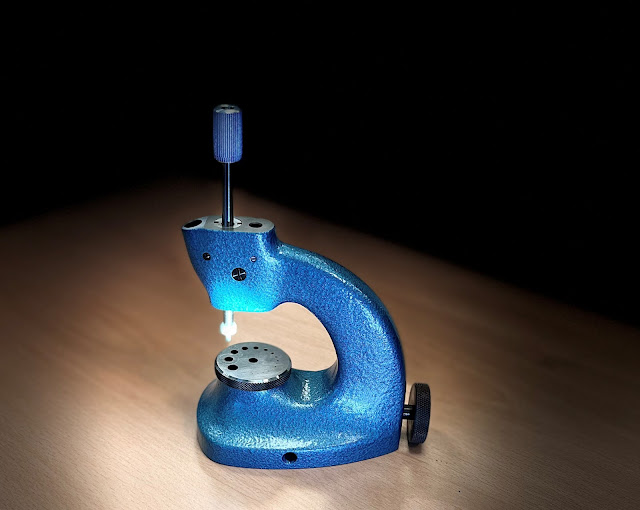 Francesco made a hand setting tool for the staking set! 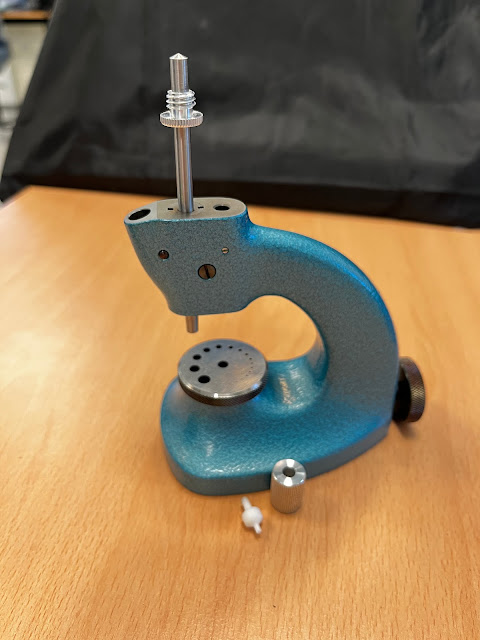 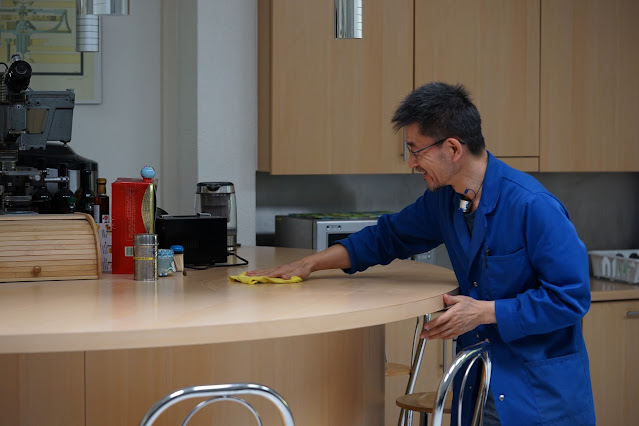 As a tradition the students have weekly duties, this week it was Tetsu who had the kitchen duty!
STEP 3: GLOW! (DEAN) 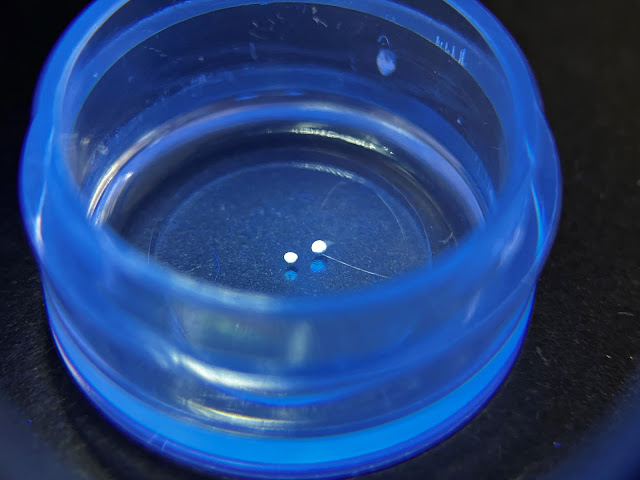 Dean had a Rolex quartz watch that will need some restoration! 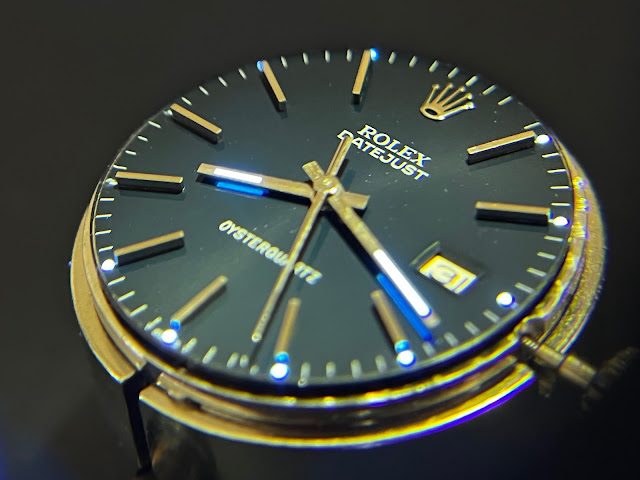 Two of the lume plots had fallen off at 8 and 9 o'clock! 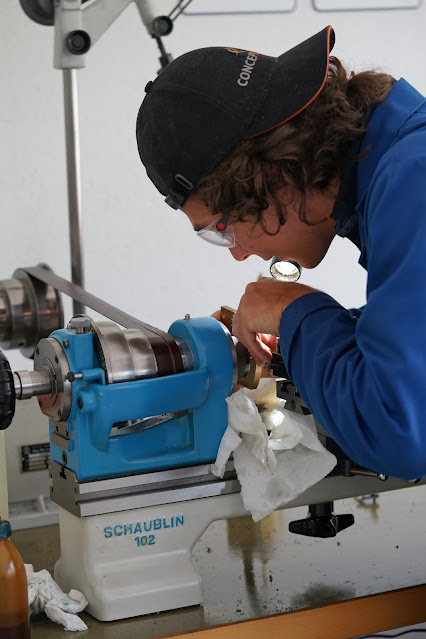 Francesco working on some other tool we will see soon! 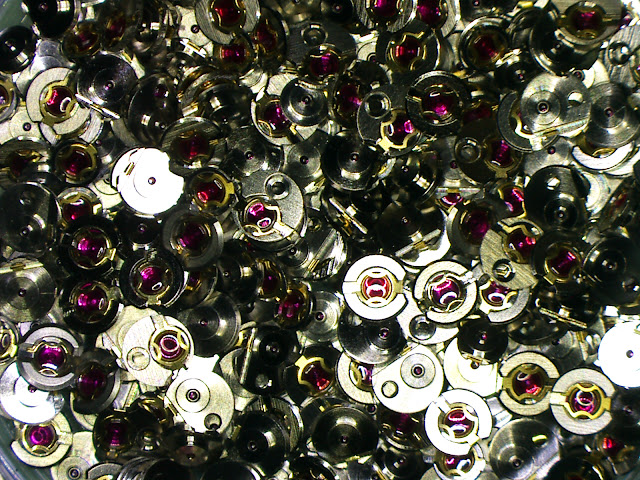 Traditionally very early in the technician course the students learn how to disassemble, clean, lube and assemble back the famous Incabloc shock absorbers to help warm up before starting with the movements, and this also gives them the chance to see how well their tweezers perform, David and Renato were busy with this and also they learn how to deal with the winding and setting system of a watch including how to correctly lubricate them!
STEP 6: MILLING! (TETSU) 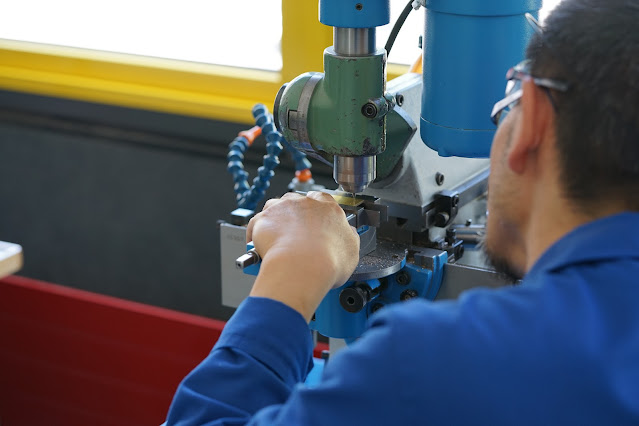 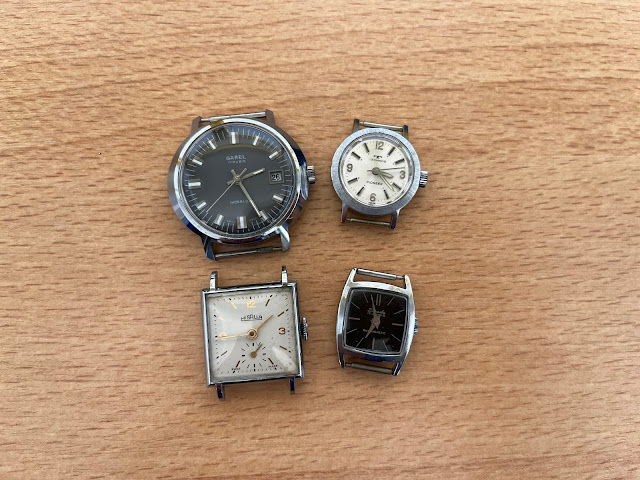 A & Kate got some more vintage watches to work on! 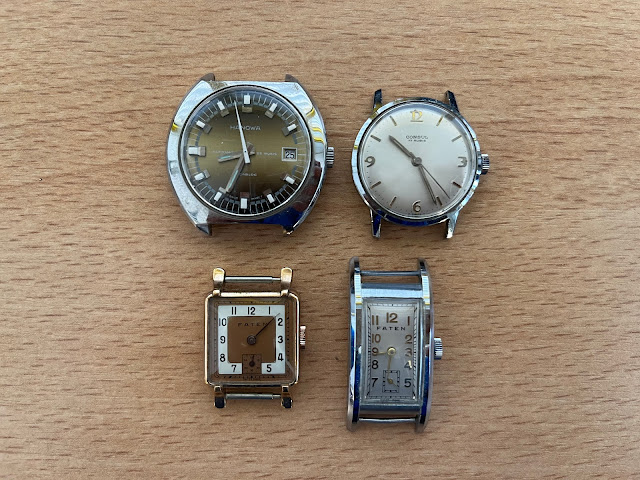 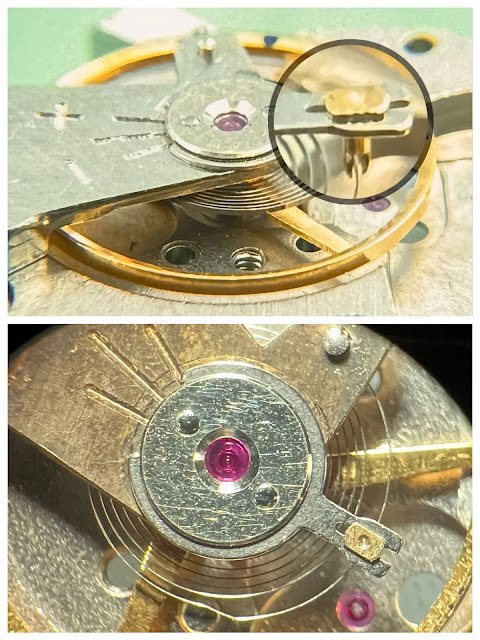 The technicians were very busy with the hairsprings, working to get them as flat and centred under the bridge, as well as correcting the centering of the hairspring between the regulating pins! 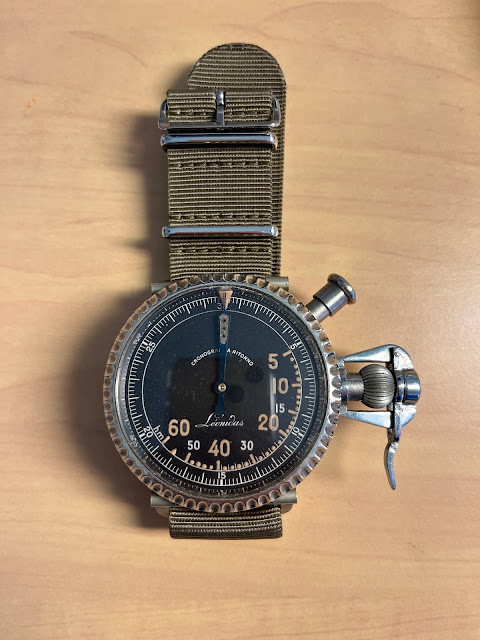 We had a look at one of Renatos very interesting watches! 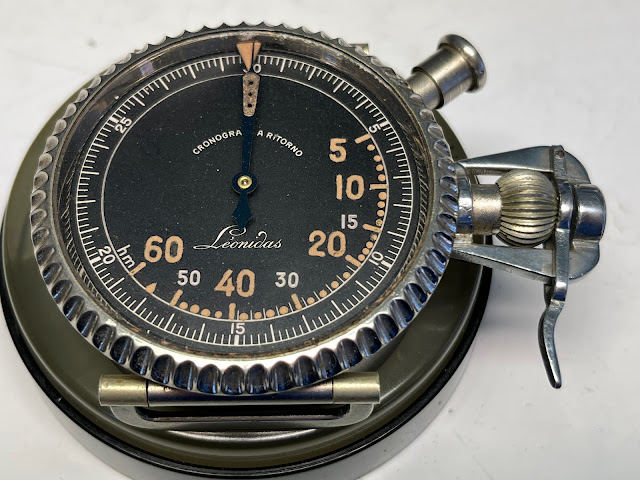 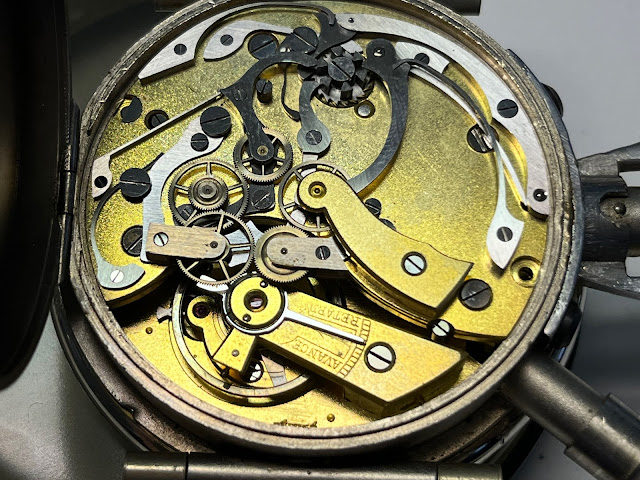 In need of restoration! 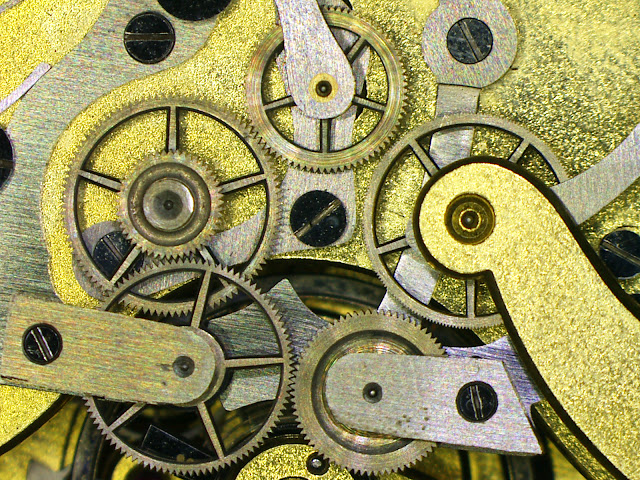 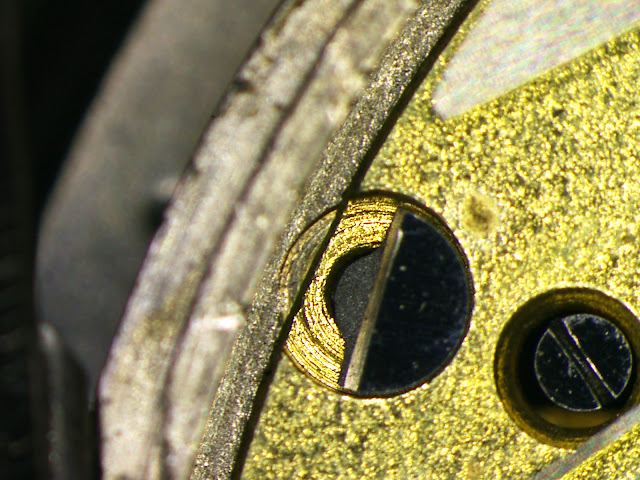 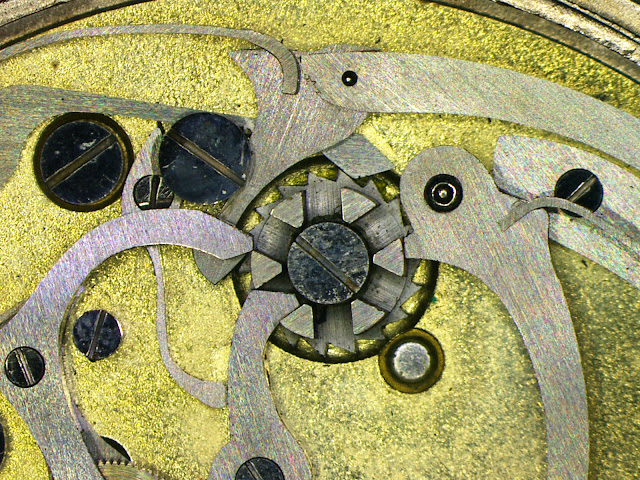 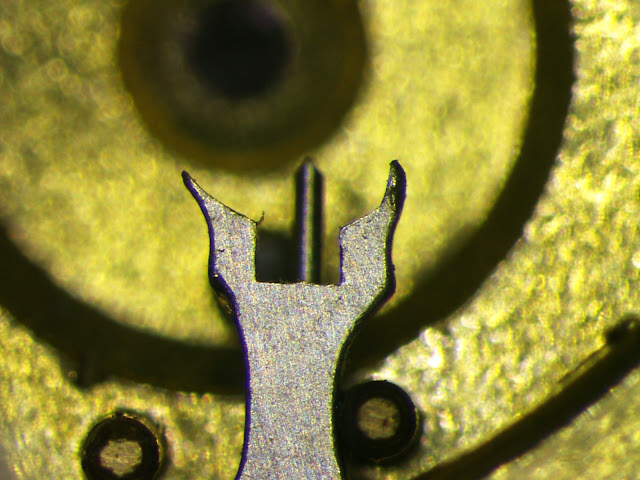 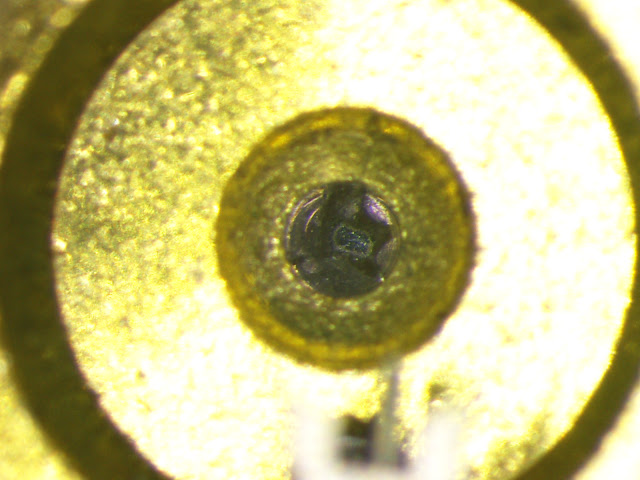 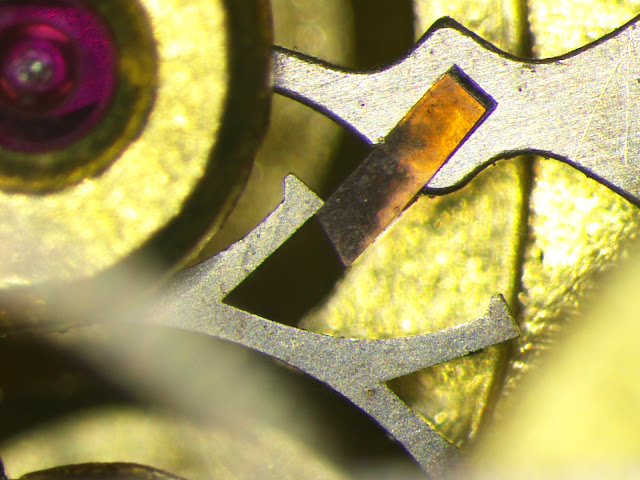 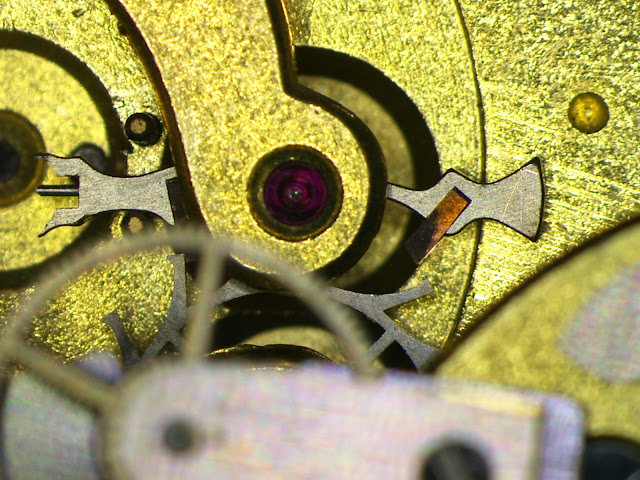 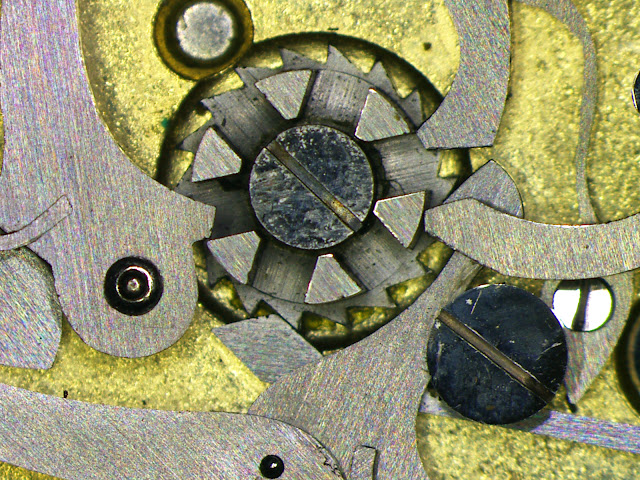 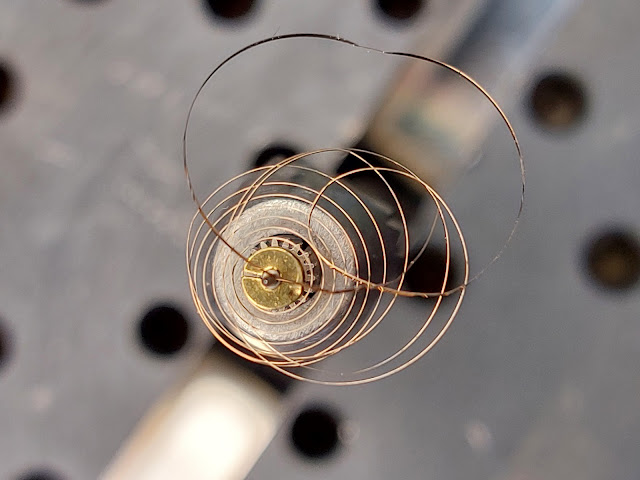 Robert; Found a bird's nest in my lever indicator, get to start hairsprings a little early... 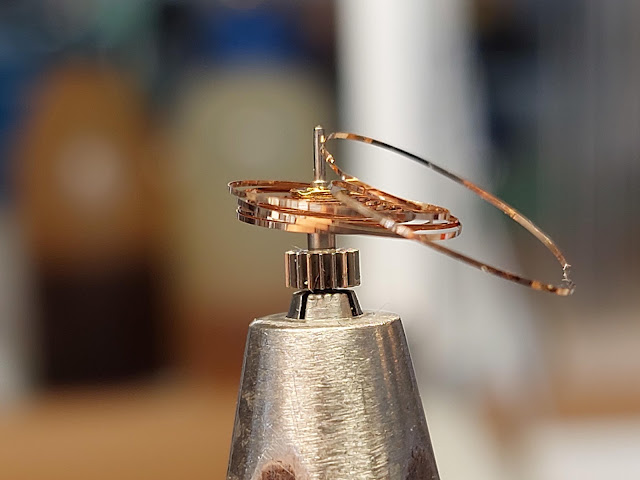 We got more or less the same weather as last weak, so the week felt like it went by in no time!  Renato and David continued with the technician course practicing shock absorbers and got also introduced to the winding and setting mechanism as well as a general introduction how to deal with mechanical movements! Robert and Asmund finished their winding stem exams, the Technicians continued with hairsprings mainly making them flat and centred under the bridge, Dean and Tetsu had a very experimental week using the lathe, milling machine, and the jig-boring machine on the tools they have complete free design on! It was a very enjoyable and creative week! Tomorrow (Saturday) we will also go to Herrli in Bienne to get some more tools and watch parts! have a great weekend everyone!