Willy, Yuriy, Alex, Michael
Origin : Singapore, Canada, Taiwan, Malaysia
Age: n. a.
Watchmaking class: Technician & Fullskill
Current mood: Phase of the week "Delicate substance handle with care" . Handling hair spring, messing it up and trying to rectify it. Full throttle plus full concentration .  Only one word "Wonky" . Have a great weekend 😀
Pierre Aubert
Origin :Toulouse, France.
Age : 24
Watchmaking class: Fullskill
Current mood: N/A, (In practical final exam)
Name: Markus McDonald.
Origin: Stockholm, Sweden.
Course: 2 years full skill course.
Current mode: This week Pierre had his final exam and I focused on a few side projects during this time, specially the pivot gauges using a sections strategy to make several pivot gauges at once. This meant that I just worked on one section at a time in bulk such as body, pivot, burnishing etc. This strategy went well as I was able to increase the efficiency of my work as changing equipment was reduced.
In conclusion this was a good week although intense as each section required a lot of focus I was able too meet my daily goals.
STEP 1:  PINNING UP TO THE COLLET! (TECHNICIAN) 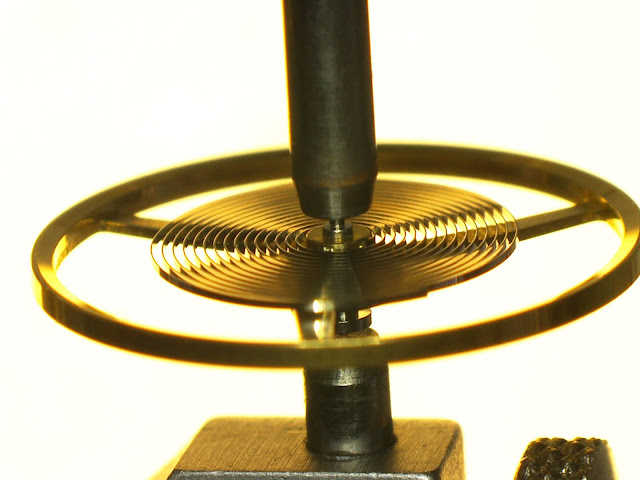 Pinned up hairspring to the collet. 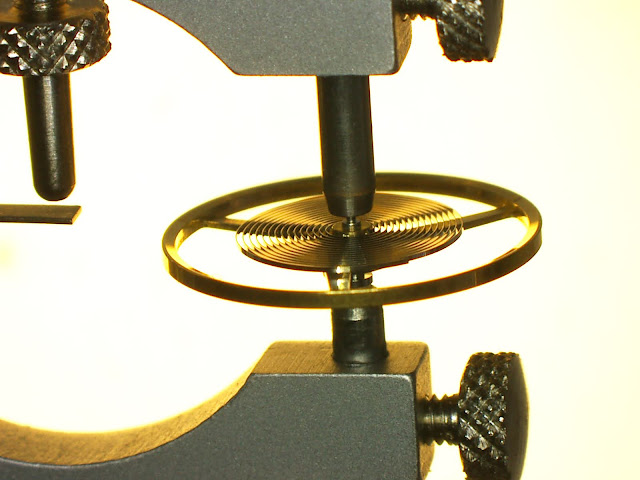 Checking flatness and centering around the collet in the Bradux tool.
STEP 2:  HAIRSPRING ADJUSTMENTS! (TECHNICIAN) 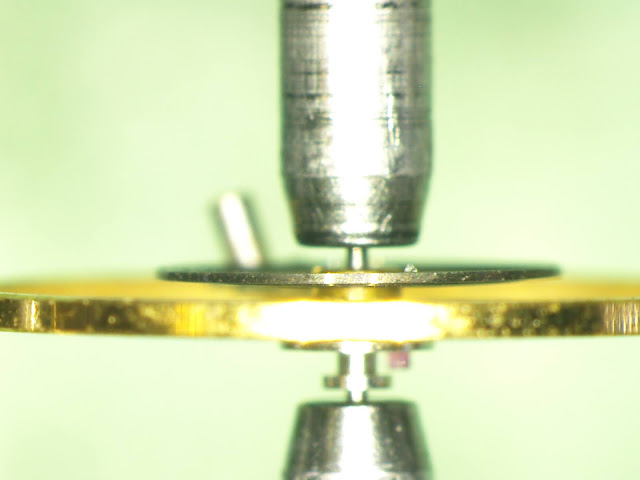 Yuriy found this hairspring in one of his Zodiac watches for repair, it has the shape of a reversed umbrella which is a very common hairspring problem found on vintage watches, it can happen easily if someone pulls too much on the stud, which in this case is also out of square to the hairspring, he will later attempt to correct these problems. 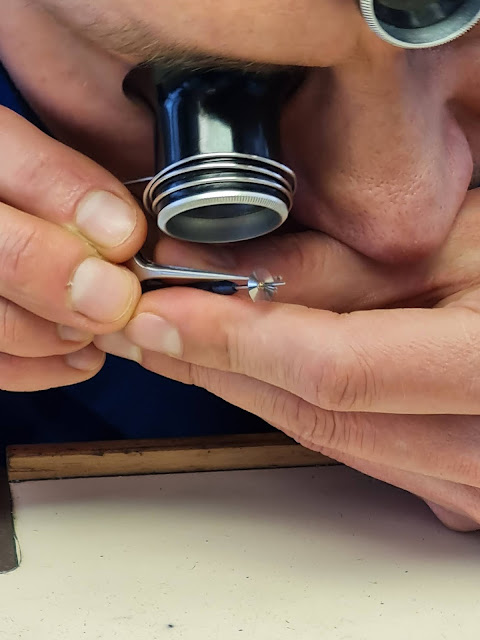 Its a very delicate watch part! 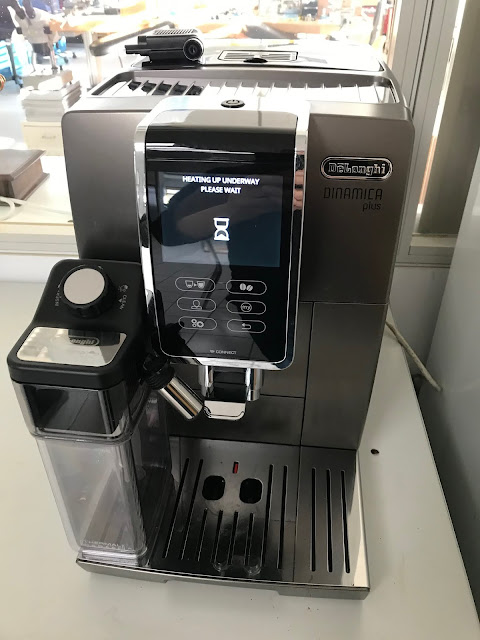 As our old coffee machine broke down after years of extreme use! Svenja found this gem, it was one of the talking points during break time this week, we love it! Thank you Svenja! 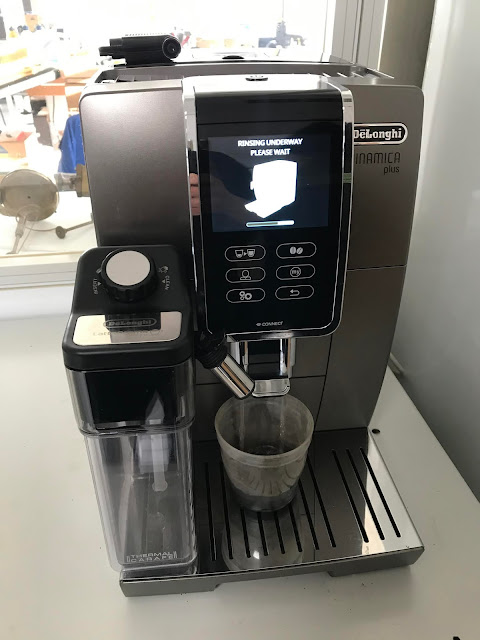 This week the most important happening was Pierre's practical final exam, which he completed well before the time was up, that is usually a very good sign! next week the experts will come to the school and grade his work, we all cross our fingers that he will pass! For the technician course, since last week they got introduced to the pinning up of hairspring to the collet including how to true it in the round and flat, they continued mostly with that this week and completed almost all of the exercises which is very fast! Some hairsprings got killed on the way, but that's for me expected when learning. Since Markus reached last week the timing course, he continued this week to finish off some old pivot gauges and will resume the timing course next week. Have a great weekend everyone!