Willy, Yuriy, Alex, Michael
Origin : Singapore, Canada, Taiwan, Malaysia
Age: n. a.
Watchmaking class: Technician & Fullskill
Current mood: Week of wonder (According to Willy). Markus baked brownies and made pizza. Alex and Yuriy did their real Gear Train exam. Willy and I will be doing it next week. Have not been feeling well myself and did a few trial exams as well. Looking forward to Christmas!
Pierre Aubert
Origin :Toulouse, France.
Age : 24
Watchmaking class: Fullskill
Current mood: Modifying the 6498’s crown wheel and making a cupping wheel for it! I first turned the step for the crown wheel following last week’s design. Next I turned the cupping wheel with its step higher than the crown wheel’s in order to allow some endshake. Before drilling and tapping the hole for the cupping wheel, I did some lapping with the crown wheel. I did that on the lathe with some tetrabore.
I then drilled the cupping wheel on the jigborer and tapped it.Last but not least I hardened the cupping wheel and tempered it. Because of hardening, the endshake is gone and I will have to clean the piece and lap it again for smooth functioning. But that did not prevent me from checking how it would look :)! And also see how’s the hidden screw looking from under the bridge! Voilà for this week! Lots of work and I am very much looking forward to resting this weekend. See you next week everyone!
Name: Markus McDonald.
Origin: Stockholm, Sweden.
Course: 2 years full skill course.
Current mode: This week I continued with the hairspring module tackling each new part and the theory.
So far this module has been both challenging and rewarding hitting a wall occasionally but being able to move forward thanks to previous experiences That have pushed me.
STEP 1: MICROMECHANICS! (TECHNICIAN) 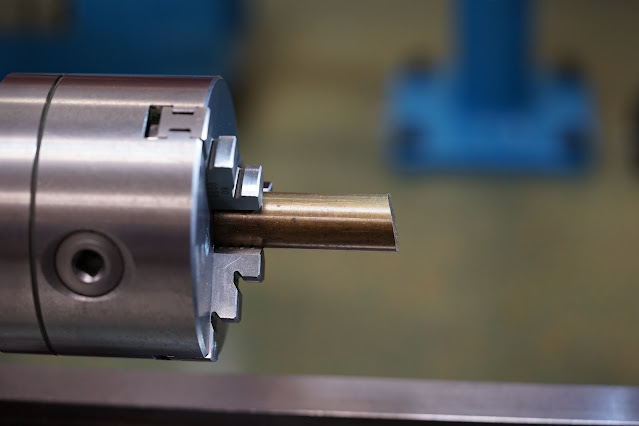 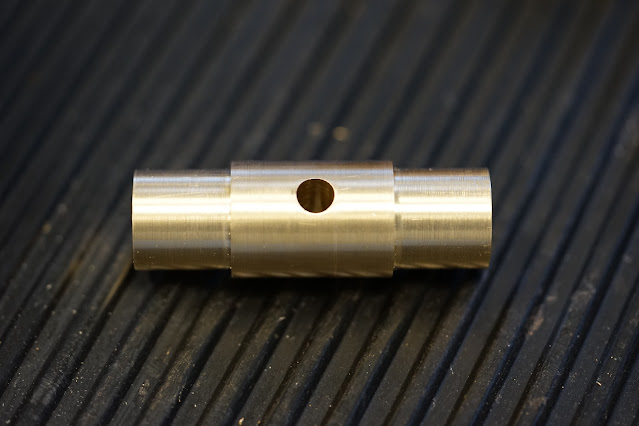 Head to be modified later. 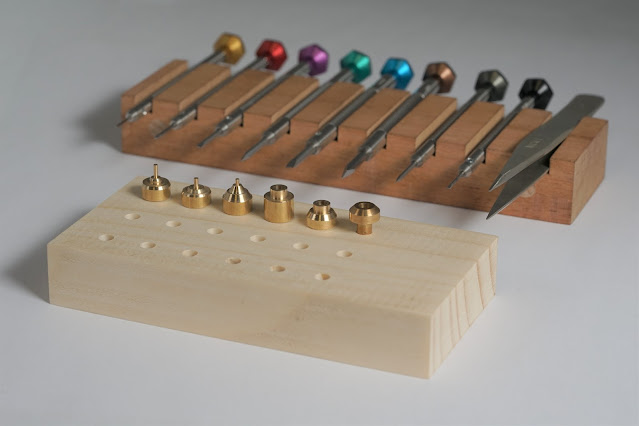 Michael made wooden stands for tools and Horia anvils in brass. 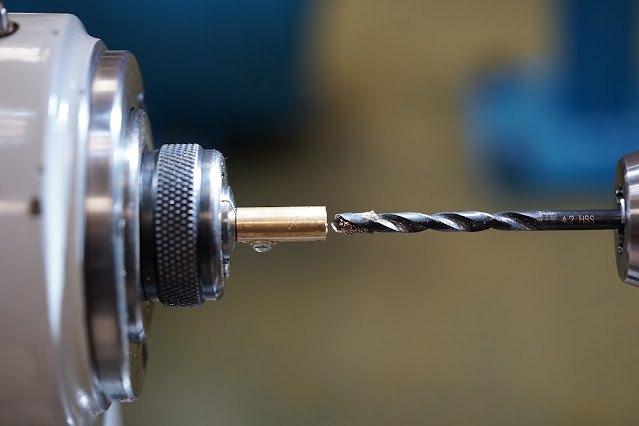 Alex working on a special screw for one of his tools, this will be the outer brass part and below is the inner stainless steel part. 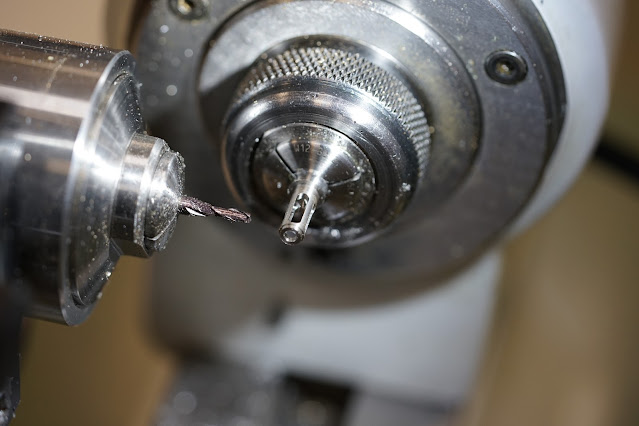 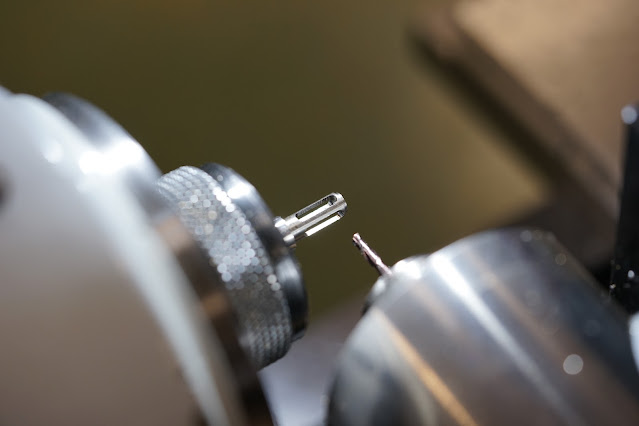 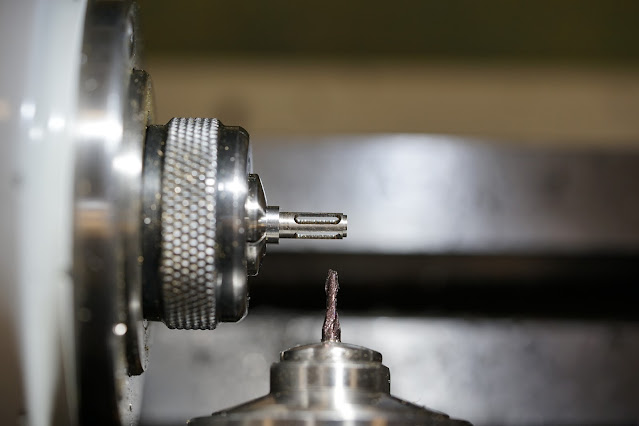 Turned, drilled and milled in the lathe.
STEP 2: VIBRATING/COUNTING! (MARKUS) 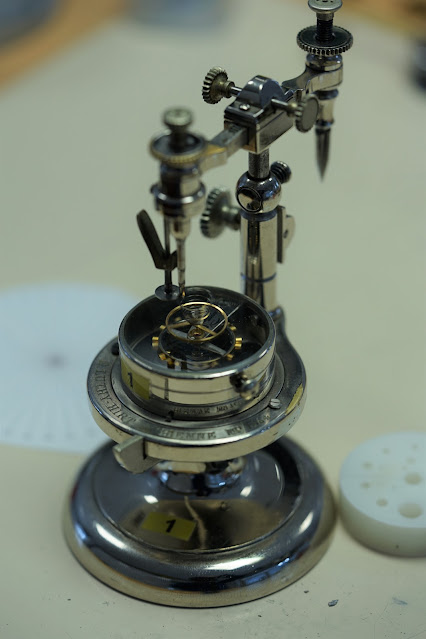 Markus vibrating one of his oscillators. 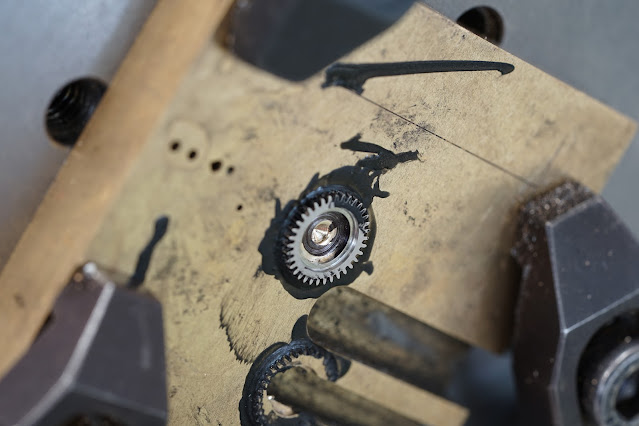 Pierre working on his crown wheel. 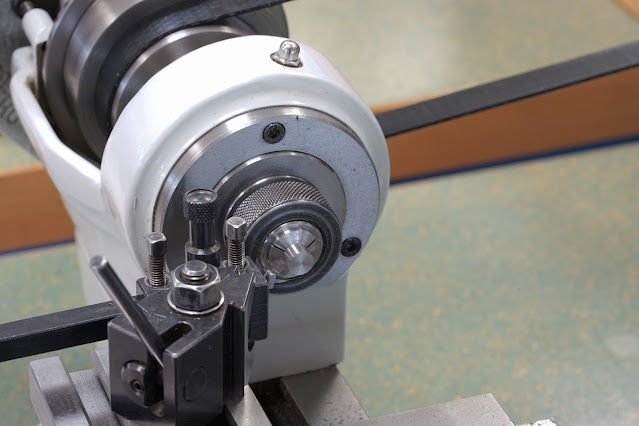 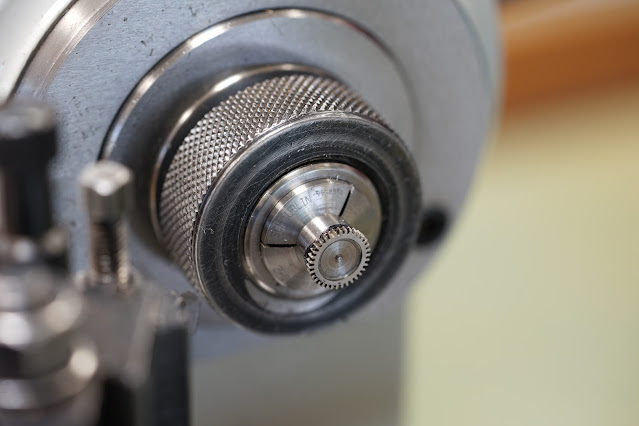 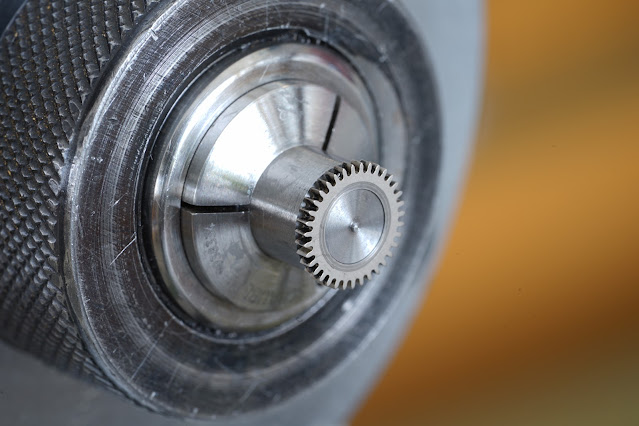 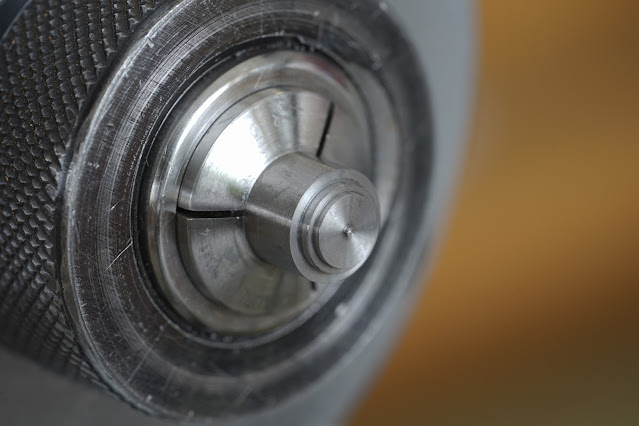 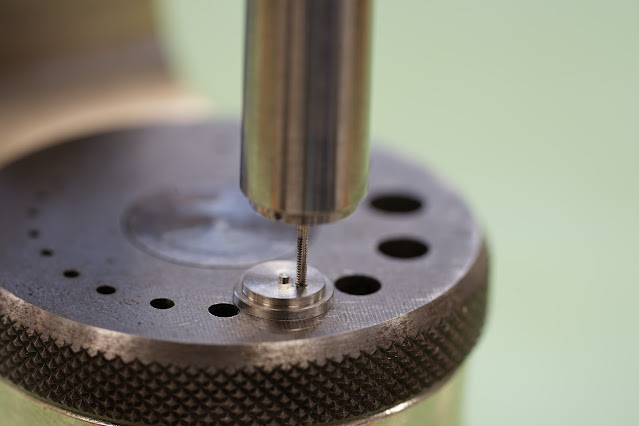 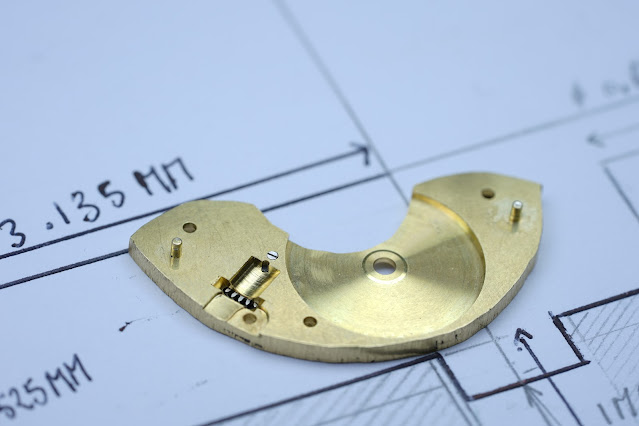 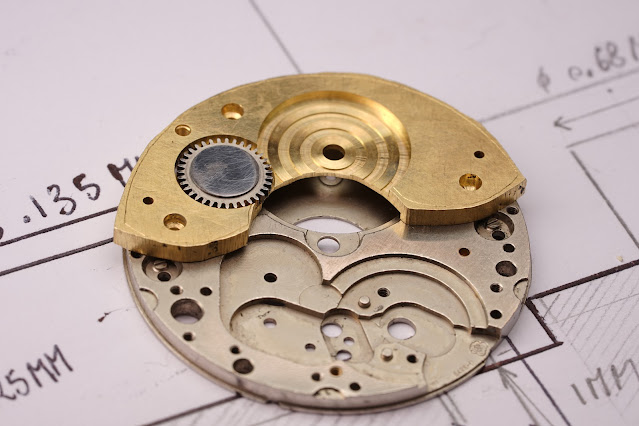 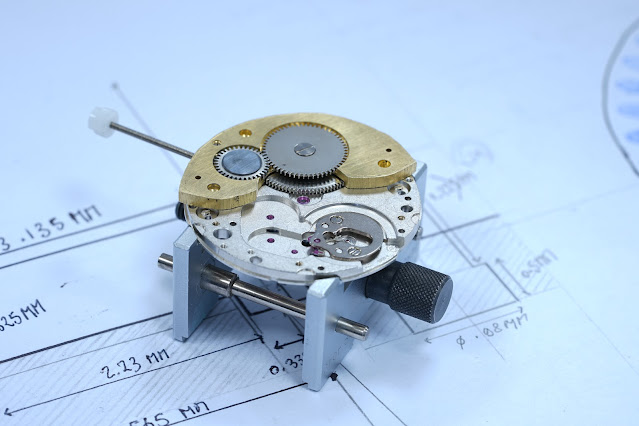 Can’t believe we only have one more week left before holidays! This week turned out to be rather creative, the technician course students who finished the barrel and gear exam went back to do all kinds of creative micromechanical work, the Aciera F1, Lathes, Jig borer etc. were all in great use. Markus learned how to vibrate hairsprings as well as lining up inner (collet) and outer pinning points (regulating point) called the 2nd pinning. Pierre was working on his school watch with the crown wheel modification doing good progress, Indeed a nice week! Have a great weekend everyone!