WEEK 77
Pierre Aubert
Origin :Toulouse, France.
Age : 24
Watchmaking class: Fullskill
Current mood: More school watch time! Exciting pantograph session to scribe the outside shape of my bridges. I first had to make a reference plate in order to check that the pantograph was calibrated, meaning that you could report exactly what happens on your drawing onto your work piece. This turned out nicely and I was then able to make the outside shapes. Next step: sawing out my bridges :) Have a good weekend everyone!
Name: Markus McDonald.
Origin: Stockholm, Sweden.
Course: 2 years full skill course.
Current mode: This week I worked on both gear train theory and practical work applying the experience of the gear train to several movements focusing on getting the movements done in bulk, such as the winding and setting, gears and the barrels. This went very well and I was able to cover a substantial amount. Additionally I also did my exam and this went extremely well getting a solid pass. In conclusion this was a solid week.
Michael
Origin : Malaysia
Age : 28
Watchmaking class : 2 years Fullskill Program
Current Mood: I have been preparing for my pivot gauges trial exam this week and amusingly I did broke my 0.12mm pivot at the trial exam which ended miserably. However, looking forward to next week for more trials.
Alex
Origin : Kaohsiung, Taiwan
Age : 27
Watchmaking : 2Y Fullskill Program
Current mood: Another weeks full of micromechanics. Modified some files, removed all of the scratches on every one of my hand made tools which only took hours and is totally not boring and tiresome at all, made a proper drawing for my design of the pointed nose vise, hand turning winding stem etc. We might get some snow during the weekend so that's going to be a nice change of scenery!!
STEP 1: THE PANTOGRAPH! (PIERRE) 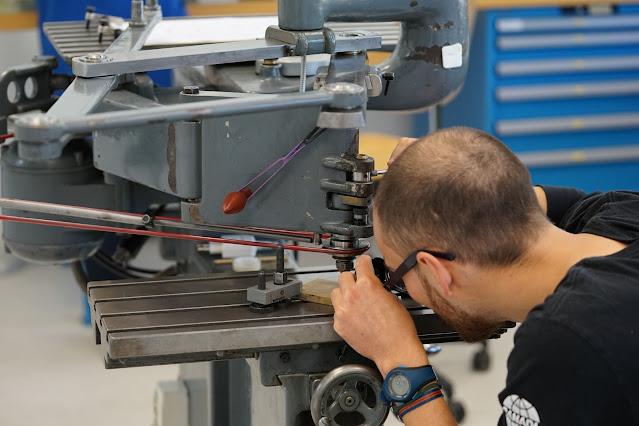 Pierre setting up the pantograph to scribe the shape of his bridges. 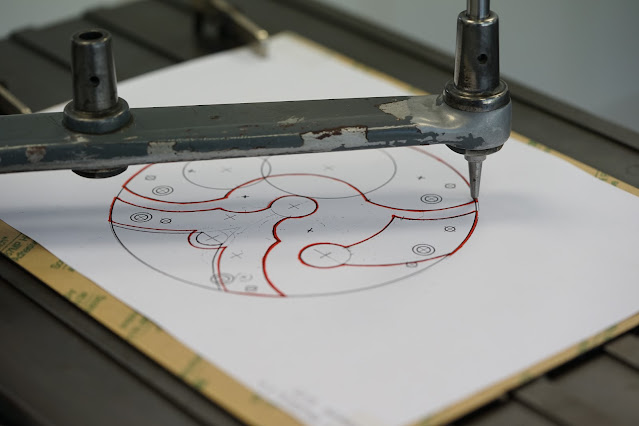 Drawing of his bridges to be followed by hand to reproduce the same pattern on brass. 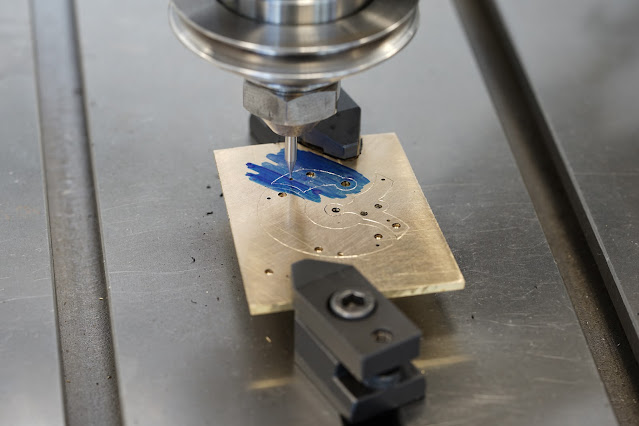 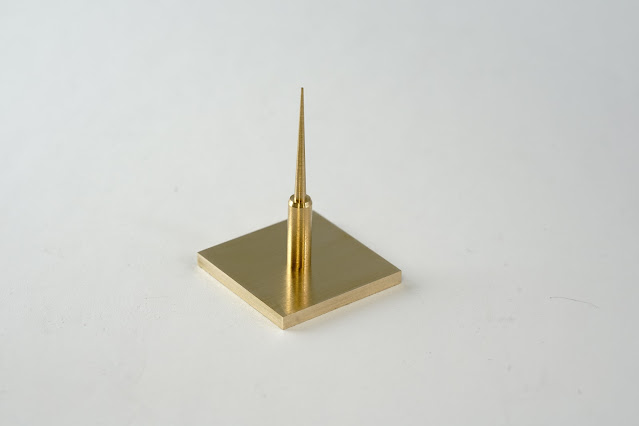 Alex practicing taking photos of his tools, these tools have not yet been finished, later he will try out different watch movement finish on them and then re-take the pics. 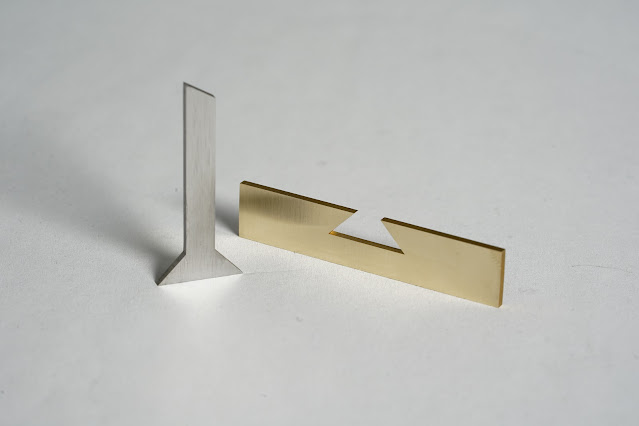 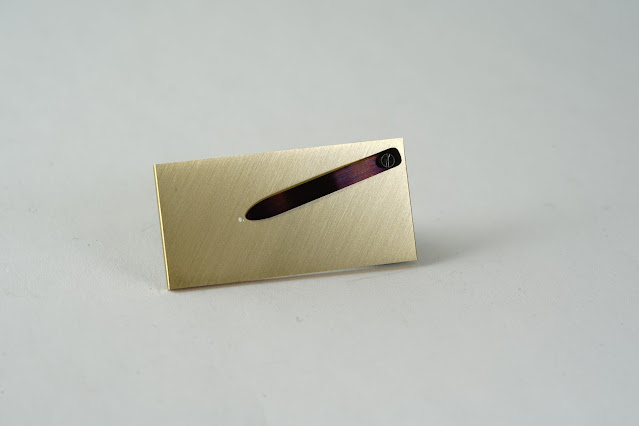 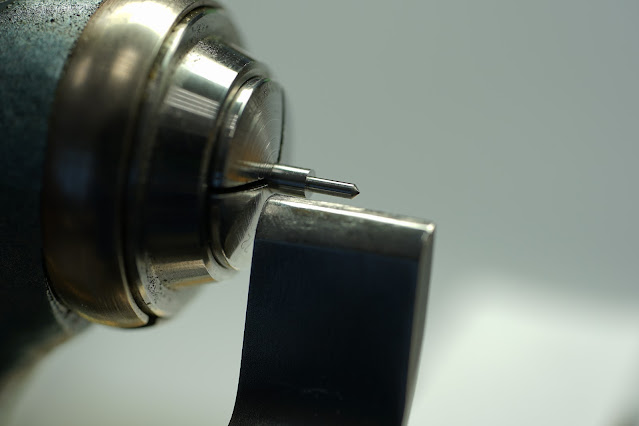 Turning the pivot of a winding stem that he will later polish. 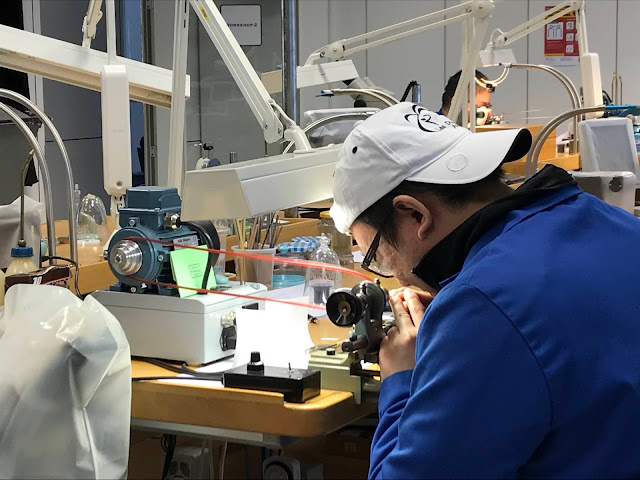 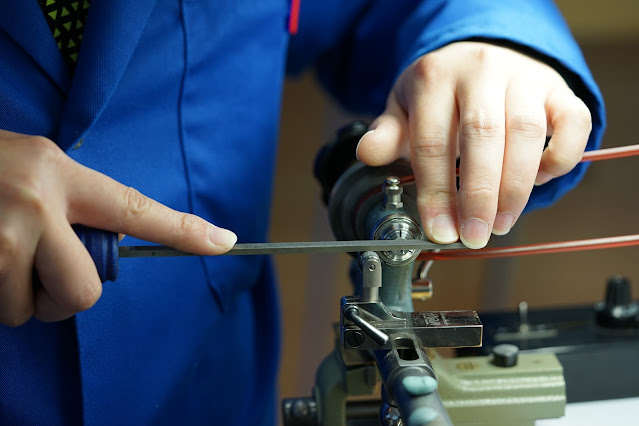 Alex filing the square of the winding stem.

Temperature dropped to 6°C today (Friday) and raining, it feels freezing cold! Winter will probably arrive soon as it looks now, some snow was also promised over the weekend. Otherwise this week was pleasant and interesting. Markus will be moving on to the escapement course next week, Alex decided to finish some old micromechanical work and will hook onto the technician course ones it starts again, Pierre is progressing well with the bridges for his school watch and Michael made his first pivot gauge practice exam, unfortunately it snapped at the end. Otherwise nothing special for now except that we are going to get some books and tools tomorrow at Mr. Simonin tool and book store, he just got the new improved and corrected version of the Les Montres Compliquées by François LeCoultre its also a limited edition of 300 copies; https://www.booksimonin.ch/fr/7127-les-montres-compliqu%C3%A9es.php#corps which I have been eagerly waiting to get my hands on. Have a great weekend everyone!