PREPARING FOR THE BIG EXAM!

Pierre Aubert, James Punshon, Jayne Zhuo
Origin : Sydney, Australia. Toulouse, France. Singapore.
Age : 38
Watchmaking class: Technician Course
Current mood: Hi everybody, Jayne here!
Our technician course is coming to a close :( It's hard to believe how far we have come! Had a full on week of preparing for our final exam, working on perfecting the 2892 and the 7750.
Hopefully everything goes smoothly on the day!
Will be sad when school is over, has been a blast!!
Wish us luck!
Name: Markus McDonald.Origin: Stockholm, Sweden. Course: 2 years full skill course.Current mode: This week I continued to expand the gear train module with last week focusing on getting back in and tackling both theory and servicing of the gear train, including the areas such as the barrel.
This week I continued with this section making tools and expanding the module to include the  end-shake and jewels.
This was a good week as I was not only able to tackle more of the technical aspect but get back into the routine whilst preparing for the gear train exam.
Michael
Origin : Malaysia
Age : 28
Watchmaking class : 2 years Fullskill Program
Current Mood: After finishing the winding stem restoration, Henrik introduced to turn between the centres in the 8mm lathe and start making some pivot gauges. It was challenging to turn blue steel with HSS gravers. Looking forward to the actual burnishing of the pivot.
Alex
Origin : Kaohsiung, Taiwan
Age : 27
Watchmaking : 2Y Fullskill Program
Current mood: Back to the school!!! Been preparing tools for the upcoming course as well as organizing notes. Gonna start practicing on the assembly and disassembly of some movements and shock absorbers!! Excited for what is to come!!
STEP 1: SPECIALIZED TOOLS! (MARKUS) 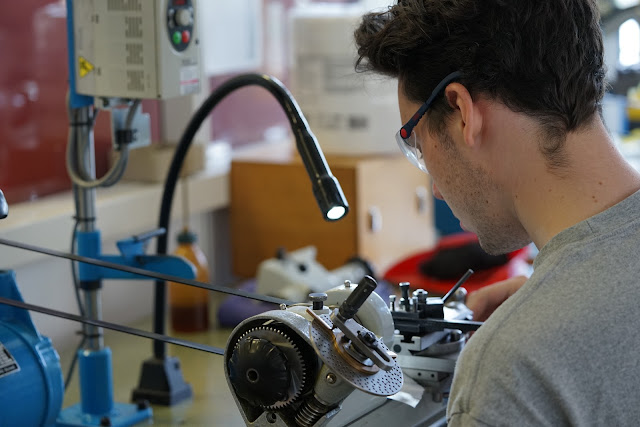 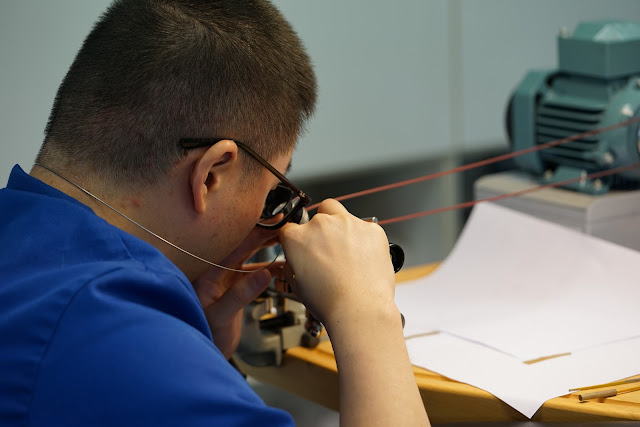 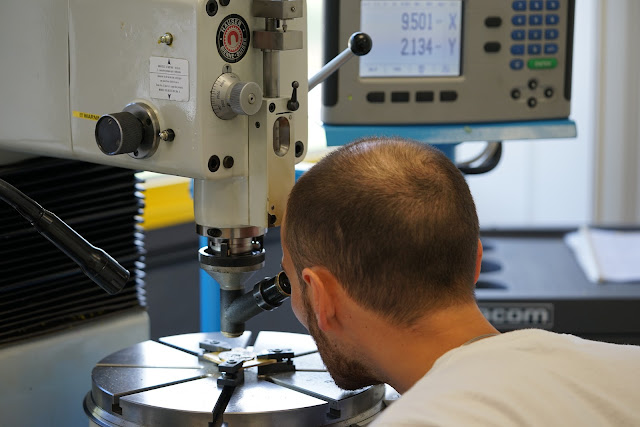 We are already preparing for the technician final exam, lots of overhauling of watches! Very intense week for sure! Michael got introduced to turning between dead centers, this is a very important skill for any watchmaker to obtain to the highest personal level as its one of the most important part of classical watchmaking, indeed one of the most important skills for the art of watchmaking! Alex got introduced to the technician course and we talked about screwdrivers tweezers and the shock-absorber manipulation. Markus is progressing well with the geartrain course and has covered all the different parts of it and will be ready soon for practice exams. See you next week and have a great weekend!